Scientists have defined the landing sites for the asteroid Ryuga 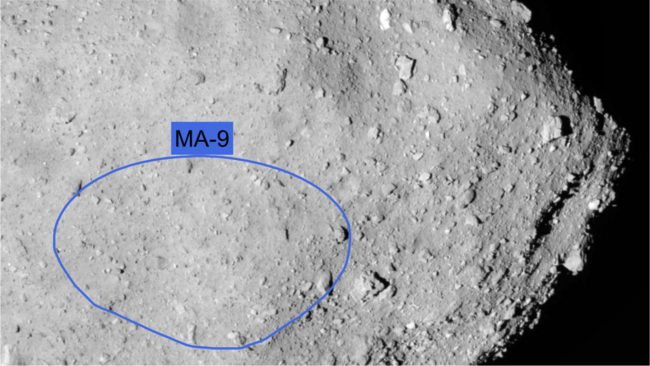 The Japan Aerospace Exploration Agency (JAXA) announced the final choice of seats for the asteroid within the Hayabusa-2 mission. Recall that on board the main vehicle there are four descent modules: three MINERVA-II devices, as well as a landing module MASCOT, developed by the German Aerospace Center (DLR). The main task of the research probe “Hayabusa-2” launched in December 2014 is to collect and deliver to Earth earth samples from the 900-meter asteroid Ryuga.

According to the researchers, in the ground Ryuga can contain water and organic molecules – building blocks that gave birth to life on our planet. The Japanese spacecraft reached its goal of research in late June, after which it began a long procedure of inhibition and rapprochement with the asteroid. At the moment, Hayabusa-2 is in orbit just a few kilometers from the surface of the cosmic body.

The asteroid soil samples will be collected not by means of a landing module and rovers, but by the Hayabus-2 probe itself, directly from the Ryugu orbit. The device is equipped with an explosive charge, which it will shoot at the surface of the object. Explosion will lift into space the particles of the ground of the asteroid. If everything goes well, astronomers expect that the probe will return the samples to Earth by the end of 2020, dropping them inside a special capsule.

To select the most suitable landing site for the MASCOT landing module, the JAXA agency collected a whole conference. The astronomers chose ten candidate seats, which MASCOT could land on. As the main option, the MA-9 region, located in the southern hemisphere of Ryugo, was chosen.

“The choice of a landing site turned out to be a very difficult task. On the other hand, now we can say that we have found the perfect place. This point, MA-9, was the main candidate to win the contest from its very beginning, “said Ralph Jaumann of the German Aerospace Center (DLR), the project manager of MASCOT. 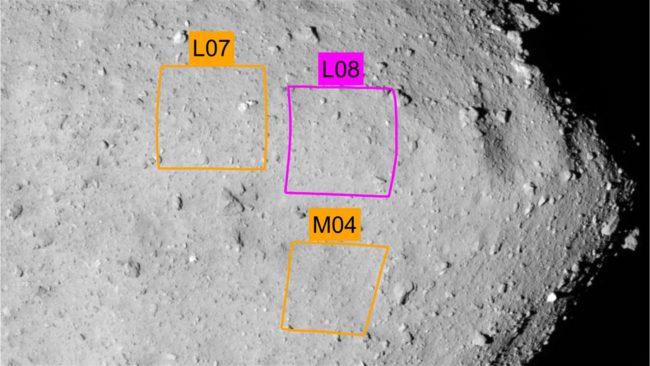 There are “almost terrestrial” conditions – the temperature varies day and night from 47 to -63 degrees Celsius, which will significantly prolong the life of the battery modules. In addition, scientists have not found any areas here where shadow or light always reigns. The bitter experience with the “Fila” landing module when landing on the surface of the comet Churyumov-Gerasimenko made astronomers take a more thorough approach to choosing the right place.

From the scientific point of view, the zone MA-9 is interesting for planetologists in that there are a large number of large and small stones suitable for chemical analysis, as well as several areas that have been exposed relatively recently and have not yet been exposed to cosmic rays and the solar wind.

MASCOT is equipped with a spectrometer, magnetometer, radiometer, as well as a camera for collecting scientific data. In addition, the device has a motor with a displaced center of gravity, the rotation of which will allow the probe to jump over the surface of the asteroid. 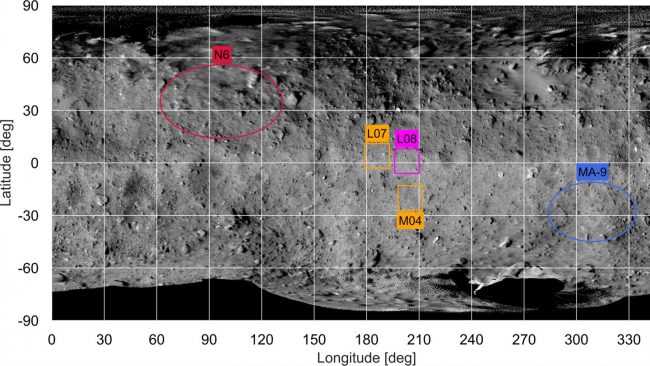 In addition to the landing site of the MASCOT module, the JAXA agency determined the landing site for the MINERVA-II rovers, as well as the place where the ground will be taken using the Hayabusa-2 probe. The probe will have to approach the surface of the Ryuga in the location L07, located in the equatorial region. As reserve areas, scientists chose points L08 and M04, located near the main. For the landing of MINERVA-II rovers, scientists chose the N6 zone, which is in the northern part of the asteroid.

According to JAXA, Hayabusa-2 will approach the asteroid to collect soil samples on September 12. The rapprochement is scheduled for mid-October. The rovers are planned to be landed on September 20-21. The landing of the MASCOT landing module is scheduled for October 3, 2018. The dates of disembarkation can still change, note the agency.