Scientists have determined the age of the asteroid Itokawa 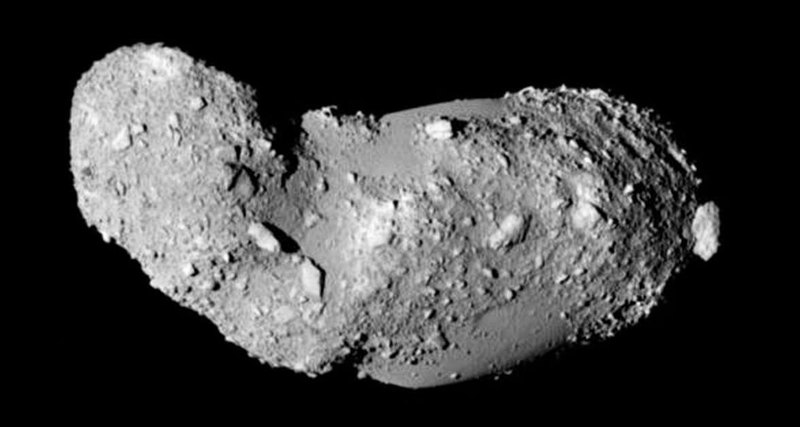 In the solar system there is an asteroid Itokawa. Wrong form (the “head” and “body” are allocated) the object turns around the Sun along an elongated orbit, crossing the orbits of the Earth and Mars. The length of Itokawa is about half a kilometer, the diameter in the widest part is 300 meters.

The asteroid was discovered in 1998 by Japanese astronomers, who named it in honor of the founder of the national space program, Professor Hideo Itakawa.

A few years later, the asteroid, flying in a successful orbit, became the object of the first of its kind research. In November 2005, a Japanese probe “Hayabusa” sat on the asteroid twice, the purpose of which was to collect soil samples. Designed for this device for the first time did not work, the forced consequence of this was the second landing. The success was not obvious, and this time – when the returned capsule of the probe on June 13, 2010 landed on the Australian test site of Woomera, no one knew if there was something inside it for what had been flying so long. It turned out – there is, although a little. Duststones.

In the following years, several articles appeared on the composition of the asteroid soil. And, now, it came to his age.

Two things emerged. Firstly, the total age of the rocks is about 4.7 billion years. Secondly, about one and a half billion years ago, specks of dust were metamorphosed as a result of a strong blow. It is very likely that Itokawa is part of a larger asteroid that fell apart because of a collision with some “fellow”.