Scientists have developed a method for predicting solar activity 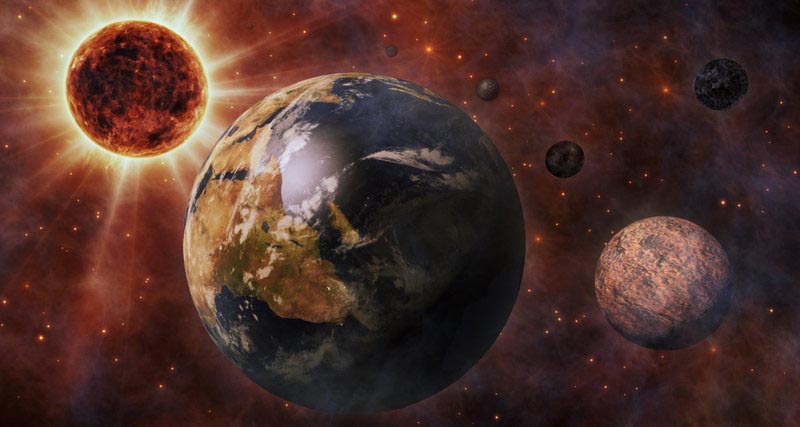 Scientists from Skoltech, Graz University named after Karl and Franz and the Royal Observatory of Belgium have developed a method that allows predicting the strength of the 11-year cycle of solar activity in advance.

After the invention of the telescope, the astronomers Galileo Galilei, Thomas Harriott, Christophe Scheiner and Jan Fabricius independently discovered that spots on the Sun’s disk appear. However, it took almost 250 years to understand that the behavior of the Sun is subject to a certain schedule with a period of 11 years. The eleventh year periodicity of solar activity was accidentally discovered in the XIX century by German chemist Henry Schwabe. He was fond of astronomy and with the help of an amateur telescope sought to find a hypothetical small planet inside the orbit of Mercury. He never found the planet, but thanks to systematic observations he discovered the cycles of solar activity. Now such observations of sunspots are carried out twice a day throughout the year by observatories around the world and the prediction of the 11-year solar cycle is of paramount importance in many areas of human activity in space and on Earth.

The outstanding Russian scientist Alexander Chizhevsky at the beginning of the 20th century proposed the idea of ​​space weather and laid the foundation for the emergence of a new branch of science exploring solar-terrestrial relationships. He said that the Earth is constantly in the embrace of the Sun. And the mood of the Sun is transmitted to the Earth through these embraces. From the solar corona, the atmosphere of the Sun, the solar wind constantly flows, a stream of charged particles that blows the Earth and other planets of the solar system. The solar wind carries in itself the energy of the Sun, stretches and carries with it the solar magnetic field into outer space. As a result, the entire solar system is filled with a solar wind and a solar magnetic field. And since the Sun rotates, the magnetic field in the interplanetary space takes the form of wavy spiral folds like a multi-layered ballerina skirt. And the Earth and all the planets of the solar system live in these folds.

Forecasts of active events on the Sun people in one way or another have to be taken into account in their daily plans. The conversion of the satellite into a safe mode during active events on the Sun can prevent disruption of the operation of solar cells and key satellite systems. Space weather is a threat to astronauts who are in outer space, subject to significant radiation, exceeding the threshold of radiation sickness. Active events on the Sun can lead to interference in the propagation of radio signals. Space weather affects the radiation doses that pilots and passengers receive, especially with transpolar flights. Timely forecasting of space weather is of great importance for aviation and the protection of a whole range of ground-based technical systems, for manned space flight, for the launching of scientific and commercial satellites.

The solar cycle begins with the birth of spots on the poles, with the development of the cycle there are more spots that move from the poles to the equator of the Sun. At a minimum of solar activity, when spots on the Sun are practically absent, the magnetic field of the Sun looks like an ordinary magnet, with circular magnetic lines and two poles. Since the equator of the Sun rotates faster than the poles, then during the rotation of the Sun the magnetic field is tangled like a tangle of threads. As we approach the maximum of solar activity, the usual magnetic field with two poles turns into a lot of local magnetic fields on the surface of the Sun, in the atmosphere of the Sun, the entangled loops that contain the solar matter are put forward and they can be thrown out as flares and coronal mass ejections and reach Of the Earth. Consequently, at the maximum of solar activity, the number of active events on the Sun increases substantially. On the other hand, at the peak of its activity, the solar magnetic field is so strong that it sweeps out galactic cosmic rays from our solar system, which pose a great danger to technological systems in space. Every 11 years the poles of the Sun change places, the southern one is in place of the northern one, and vice versa. This is a complex process that has not been fully understood, and the solar dynamo model is one of the most complex nonlinear problems in mathematical physics.

Each solar cycle is assigned a number for convenience, for example, now we are approaching the minimum of 24 cycles of solar activity. The task of scientists is to predict the power of the next 25 cycle of solar activity as early as possible. Scientists from Skoltech, Graz University named after Karl and Franz and the Royal Observatory of Belgium have developed a method that makes it possible to perform the forecast of the next 11-lane cycle very early, namely at the maximum of the current solar cycle. This means that the current solar cycle at the peak stage, when the magnetic field of the Sun is reversed, already carries a knowledge of the strength of the future 11-year cycle. These discoveries can help in studying the mechanism of action of the solar dynamo. The analysis showed that short-term variations of solar activity in the cycle fall phase are related to the strength of the next cycle. The sudden jumps in activity in the falling phase and the slowing down of the rate of fall of the relative number of sunspots indicate the presence of activity, which manifests itself in a larger amplitude of the next cycle compared to the current cycle. In this study, a new and robust method is proposed for quantifying short-term variations in solar activity already at the stage of the maximum of the current solar cycle, at the beginning of the fall phase, and a significant indicator is formed to predict the strength of the next cycle.

“Space weather is the science of the future, what unites us all, makes our life better, allows us to take care of our planet. This is the next step in the exploration of outer space. And whatever storms are raging, we wish you good space weather! “- says the first author of the study, Professor Skolteha, Tatyana Podladchikova.