Scientists have discovered an atmosphere around the “warm Neptune” 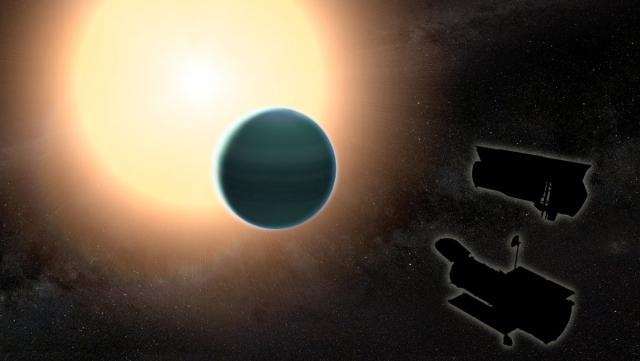 The exoplanet HAT-P-26b located at a distance of 437 light-years from us has a primitive atmosphere consisting almost entirely of hydrogen and helium. This conclusion was made by scientists, analyzing the data obtained by space telescopes Hubble and Spitzer.

This is due to the fact that Neptune and Uranus were more heavily bombarded with ice fragments rich in heavy elements than Jupiter and Saturn, which formed in the warmer part of the disk.