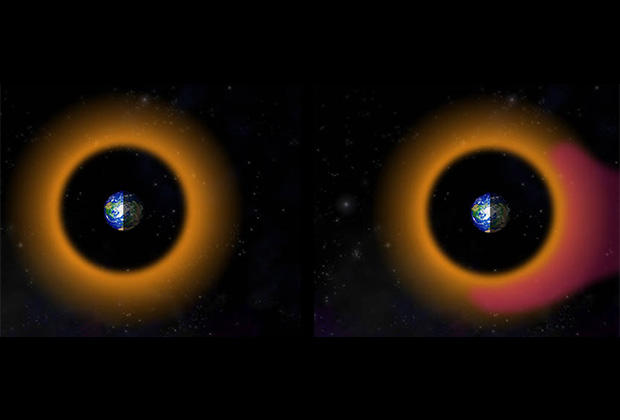 Geophysicists from the US have discovered new behaviors of the ring of electric current around the Earth, the behaviour of which, as it turned out, in the period of geomagnetic storms is determined by low-energy protons.

When the Sun is no geomagnetic storms, the ring around the planet circulates an electric current of high-energy protons (with energies in the hundreds of thousands of electron volts). In the case of disturbances on the star this current is amplified by a low-energy protons. Scientists in their study for the first time pointed to the role of low – and high-energy protons in the current.

Previously, the behavior of the ring current scholars have described by the index Sym-H, which, as the study showed, is wrong, because it takes into account current only low-energy protons. The new study will allow to much more accurately predict the behavior of a planet’s magnetic field using a standing current of energetic particles.

To such conclusions scientists have come with annual observations, made by using a pair of satellites VAP (Van Allen Probes). The hypothesis of the existence of a circular electric current located at a distance of 10-60 thousand kilometers from the planet’s surface, first expressed in the early twentieth century. It is possible to explain global change of Earth’s magnetic field.