Scientists have discovered rust on the moon. It must be impossible 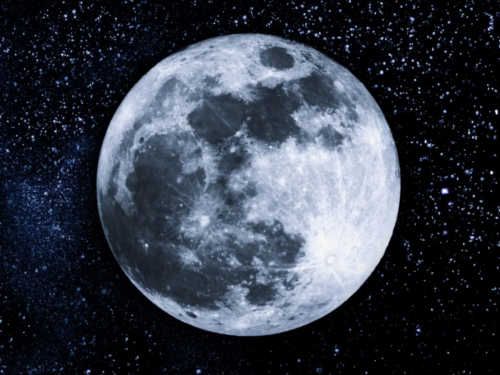 Rust requires oxygen, water, and suitable conditions, which the moon lacks. So where did the recently discovered iron oxide come from?

Contrary to what was thought to be scientifically impossible, scientists have discovered rust – a product that requires oxygen, water, and oxidizing conditions – on the moon’s surface, known as an oxygen-poor, liquid, and water-free reducing medium that inhibits oxidation.

Scientists theorized that the oxygen needed for the rust-forming reaction was brought to the moon’s poles by wind from Earth (Are they serious?), And an article was published in Science Advances on Wednesday detailing the discovery.

Rust is a reddish-brown material that remains when iron atoms react with oxygen and water in what is called an oxidative or electron-loss reaction. The very thin atmosphere of the Moon does not trap much oxygen, and the solar wind constantly blasts the surface of the Moon with charged hydrogen, resulting in conditions in which there is a strong recovery or accumulation of electrons.

Thus, although rust is common on Earth, its discovery on the Moon took researchers by surprise (of course!).

“I don’t think anyone expected this on the lunar surface,” said Shaui Lee, the first author of the article and researcher at the University of Hawaii at Manoa.

“This is basic chemistry – we all know that the moon’s surface is highly regenerated, so there is no reason why you would be able to see high valence iron such as hematite.”

Comparing the reflectivity data collected by the Indian mission Chandrayan-1 with clean rust samples, Lee’s group identified the material at latitudes above 60 degrees on the moon’s surface as hematite or iron oxide (!!!). Lee said the comparison was fairly straightforward and he is very confident that the reflectance spectra were from hematite.

“The methodology was pretty simple,” he said. “When we compared the data with measurements of pure hematite in the laboratory, we saw that the spectra were so similar to each other and so different from other minerals.”

A cluster of rust at the poles reminded Lee of his own discovery of water ice in the polar regions of the moon; However, unlike the 2018 find, hematite did not gather evenly around the poles, but was more densely and sparsely distributed in different directions.

One of the candidates that could oxidize iron and provide an uneven distribution of rust was the Earth’s wind (Earth’s wind ?!), which carries oxygen to the Moon (Through space at a distance of 384 400 km ?!) and protects it from the solar wind for several days in its cycle.

The discovery serves as a reminder of how closely the Earth and the Moon are connected despite being 384,400 km apart, Li said.

In addition, Earth’s wind probably carried material billions of years old to the Moon – sampling this material in places marked with rust could help scientists understand the conditions of the early Earth (Did the wind also carry rocks there and soil?).

Finally, research may even have an impact on space exploration and the colonization of the moon. Areas of the Moon’s surface that contain hematite can also have higher levels of oxygen and water (!!!), which makes these areas comparatively better than the rest of the Moon for agriculture (!!!). According to Li, rust could help moon miners.

“In the future, if you want to use resources on the lunar surface, this type of iron may become the type that humans can use.”