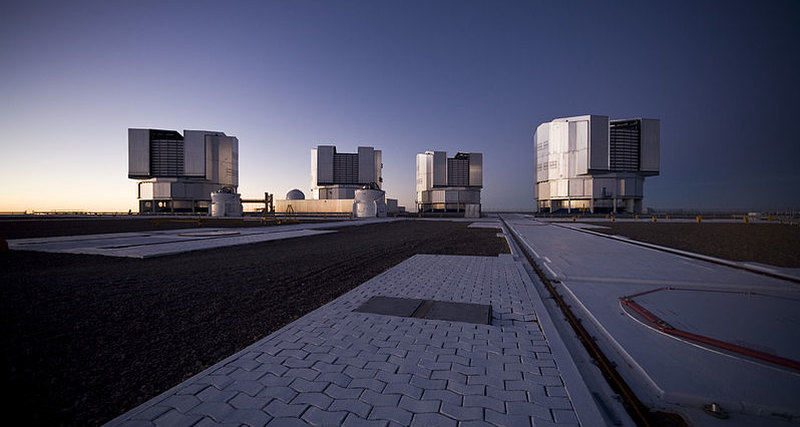 Scientists have discovered six galaxies in which, supposedly, the stars are contained either in very small numbers or absent altogether.

Galaxies that have very few stars or are devoid of them at all are called dark galaxies (if there are no stars, then dark matter is present in large amounts) and are, so far, rather hypothetical objects. Candidates for such galaxies were already discovered, and now astrophysicists found six more.

It is assumed that dark galaxies are, probably, an early stage in the formation of the galaxy. According to some theoretical models, such objects were more common in the early Universe. Dark galaxies – without stars or with very few of them – emit very little visible light. Because of this, it is very difficult to detect and somehow study.

A new discovery was made by a group of researchers headed by physicists from the Swiss Higher Technical School of Zurich. Specialists used technology that relies on the presence of quasars, one of the brightest objects in the universe. (According to the most common notions, quasars are active nuclei of galaxies at an early stage of development, in the center of galaxies there is a supermassive black hole: absorbing matter, it forms an accretion disk, which is a source of powerful radiation.) As is known, the ultraviolet radiation of a quasar “highlights” nearby hydrogen atoms – and thus, if a galaxy with a quasar in the center is located next to the galaxy containing hydrogen, the galaxy can act as a kind of “flash” that will make visible bhodimuyu hydrogen spectral line.

This technique has already been applied in 2012. Then, using it, using the Telescope Very Large Telescope (VLT), experts also found dark galaxies. In 2014, however, the VLT was equipped with the MUSE spectrograph (The Multi Unit Spectroscopic Explorer), so in the new study, scientists were able to study even earlier galaxies, presumably virtually devoid of stars.