Scientists have discovered that early Mars had a powerful magnetic field 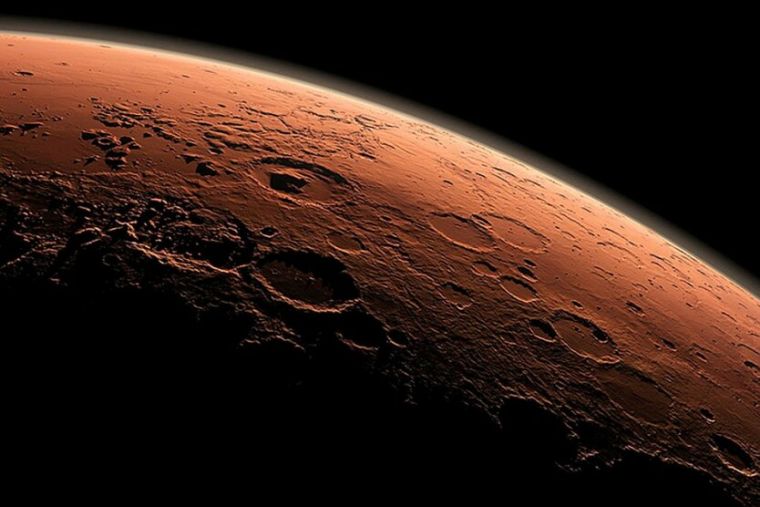 Planetologists from the USA and Canada, analyzing the new data collected by the instruments of the MAVEN orbital probe, found out that Mars had a sufficiently powerful magnetic field in the first 700 million years of the planet’s existence. This was announced on Friday by the press service of Princeton University.

“On the one hand, the results of our observations simultaneously indicate that the magnetic dynamo appeared in the bowels of Mars in the earliest epochs of its existence. On the other hand, they also say that it lasted about 500 million years longer than previously thought.” – said Katherine Johnson, professor at the Planetology Institute in Tucson (USA), whose words are quoted by the Princeton press service.

Most planetologists suggest that Mars was very similar to Earth in the first epochs of its existence. At that time, it had a dense atmosphere, oceans from the water and a rather mild climate, which made it potentially suitable for the origin of life.

Similar conditions existed on Mars for a relatively short time, about a billion years after its formation. At the beginning of the so-called Hesperian era, about 3.6 billion years ago, it turned into a lifeless desert. Almost all of its atmosphere and water reserves disappeared into space or turned into ice reserves.

One of the driving factors of this process, as many planetologists suggest, was that Mars, unlike Earth, does not have its own magnetic field, or it disappeared in the first several hundred million years of its life. This led to the fact that the solar wind, a stream of plasma ejected by the Sun, began to bombard the upper layers of the Martian atmosphere and take its molecules with it into space, which deprived the planet of 99% of its air reserves.

In recent years, scientists began to doubt that this was indeed so. In particular, the sensors of the InSight landing platform, which monitors the “marsquakes,” recorded traces of strong magnetization in the ancient rocks of the crust of Mars. Johnson and her colleagues discovered new evidence of this kind by analyzing the data that the MAVEN probe sensors collected while flying over the largest craters on the planet.

MAVEN is designed to study the properties of the atmosphere of Mars, but at the same time it is equipped with a set of sensors that can very accurately measure the “magnetization” of the planet’s surface during periodic proximity to its surface at night.

American and Canadian astronomers took advantage of this to measure the strength of the magnetic fields that existed on Mars during the formation of the Northern Polar Basin, the largest trace of the asteroid falling onto the surface of the fourth planet of the solar system, as well as the plains Lucus, Argir, Utopia, Isis and Hellas, which arose in a similar way .

These measurements led to unexpected results. On the one hand, MAVEN instruments did not record any traces of magnetic fields in the last four craters that arose about four billion years ago, which fits into the generally accepted idea of ​​when the magnetic field of Mars disappeared.

On the other hand, the NASA probe recorded traces of sufficiently strong magnetic fields in the rocks at the edges of the Northern Polar Basin and the Lucus Plain. The first, according to scientists, was formed 4.5 billion years ago in the first instants of the existence of Mars, and the second – almost a billion years later, at the beginning of the Hesperian era.

Both of these discoveries indicate that the magnetic field of Mars arose unexpectedly early and lasted much longer than is commonly believed. The absence of its traces in four other craters, according to Johnson and her colleagues, can be explained by the fact that the fall of the asteroids that generated them created very deep craters, on whose bottom there were no reserves of rocks in which the planet’s magnetic field could be imprinted.

If these measurements are confirmed in the future, planetologists will have to radically revise theories about how the core of Mars was arranged in the first epochs of its life, as well as the hypotheses linking the disappearance of its atmosphere and oceans with the absence of magnetic fields, the authors conclude.