Scientists have established age of an odnogoa from rings of Saturn 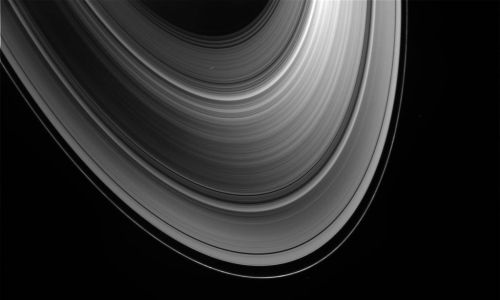 Having studied the data collected by the automatic interplanetary station Cassini the American researchers have established age of a ring From Saturn. It has appeared around the gas giant no more than 100 million years ago.

“Rings generally consist of ice, but there is a small not ice-covered part – it is dust which gathers on a ring. It is the valuable hint about his origin and age”, – one of authors of a research Chzhimen Chzan has reported.

According to him, dust flies by through space from the Kuiper belt. Thus, the ring is more senior, the more dust gathers on him. However the fact that the ring With was not such “dusty” has shown that it is much younger, than was considered to be.

The rings consisting mainly of parts of ice, smaller quantity of heavy elements and dust are an integral part of all four gas giants of Solar system. However Saturn has the most spectacular structure (seven rings with several gaps and intervals between them).

Shortly about this research has written The Christian Science Monitor, his full version will be published in January of the next year in the Icarus magazine.