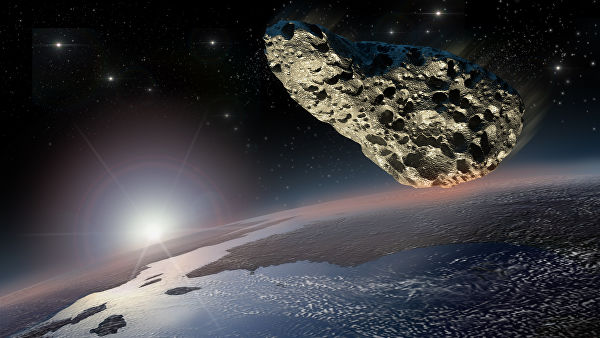 American and European scientists conducted an experiment and found out what will happen if humanity finds out that after nine years a large asteroid crashes into the Earth. What measures will world leaders take to eliminate the threat, what will happen with the current development of science and technology, and most importantly, how much damage the space guest will inflict on our planet.

A group of space experts from NASA, the Federal Emergency Management Agency (FEMA) and the European Space Agency (ESA) conducted an experiment in which they tried to predict the actions of politicians and ordinary people in the face of the threat of a collision of Earth with a giant, 300-meter asteroid.

A five-day simulation experiment was conducted during the annual IAA Planetary Defense Conference. To begin with, the researchers suggested that on March 26, 2019, at a distance of 57 million kilometers, satellites recorded an asteroid heading towards Earth, according to the Science Alert portal. The celestial body was called 2019 PDC.

“On Monday, global asteroid experts will gather in Washington for the annual #PlanetaryDefense conference to prepare for the unlikely, but plausible scenario of an Earth-asteroid collision.”

“This question was the subject of many epic films and serials, but what are the chances of an asteroid and Earth colliding and what are our options?”

Every day during the conference, reports AFP, about 200 astronomers, engineers and emergency specialists received new information, made decisions and waited for further updates from the organizers of the game developed by NASA’s aerospace engineer.

Initially, scientists allegedly rated the chances of a collision as one in 50 thousand. After just three weeks, they rose to 1: 100, then to 1:10 and, eventually, to a 100 percent probability. According to calculations, on April 29, 2027, the asteroid is supposed to fall to Earth – in the area of ​​the projected risk corridor passing through the territories of the United States and Africa.

Only in 2021, with the modern development of technology and science, could NASA send a reconnaissance mission to learn more about the size, orbit, and composition of the deadly guest from space. In December of the same year, astronomers would confirm that he was heading for Denver.

Then the largest space powers of Europe, the USA, Russia, China and Japan decided to build six “kinetic impactors” – probes designed to collide with an asteroid to change its orbit. By August 2024 they would have been made and launched. Only three probes could conditionally get into the asteroid. They changed the trajectory of its flight, but in the process a piece of 50 to 80 meters broke off from the celestial body and headed towards the East of the USA.

To save cities, Washington decided to use a nuclear bomb. Such tactics have already been used to experiment on imitation of the impact of an asteroid on Tokyo in 2018. However, due to political differences, this option was abandoned. Six months later, experts would have predicted that the shard would fall on New York and the city would collapse. In two months, the American authorities would be able to evacuate people. On April 29, 2027, an asteroid would enter the atmosphere of the planet at a speed of about 19 kilometers per second and exploded at an altitude of 15 kilometers above Central Park.

The energy of the explosion would be a thousand times greater than the energy of the atomic bomb dropped on Hiroshima and would destroy everything within a 15-kilometer radius, completely destroying Manhattan. On the territory of almost 83 square kilometers not a single living creature would have survived. All windows at a distance of 45 kilometers would have been broken, and the destruction would have been observed even at a distance of 68 kilometers from the epicenter.

For comparison: the September 11, 2001 terrorist attack destroyed everything by only 0.065 square kilometers, but the economic damage to the United States was two trillion dollars. However, it is not entirely clear from the experiment how citizens will behave before the “end of the world”.

“If you knew that your house would be destroyed in six months and that you would not return, would you continue to pay the mortgage?” Asked Victoria Andrews, deputy NASA planetary defense officer.

Fortunately, collisions with asteroids are the only major natural disaster that mankind can prevent by learning about it in advance, in several years or even decades. Modern technologies, in particular, powerful telescopes around the world and the Focal Point for Near-Earth Objects, help to detect potentially problematic celestial bodies.

“The first step in protecting our planet is to know what is there. Only then, with sufficient efficiency, will we be able to take the steps necessary to prevent the asteroid from striking as a whole or to minimize the damage it causes to Earth, ”Rüdiger Yen, head of the ESA planetary defense, explained at the beginning of the week.

Managing a catastrophe of this magnitude requires much more than the mere presence of specialists dealing with space simulations. Running such experiments helps examine potential responses to many