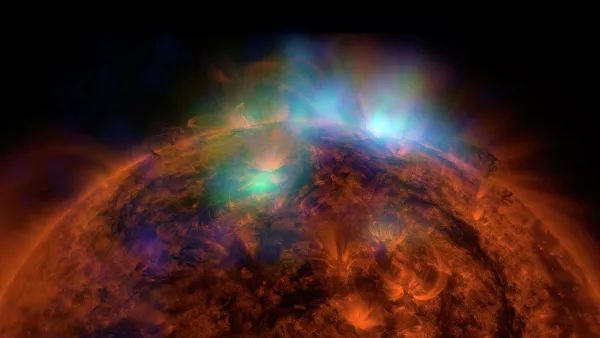 The material, which allows increasing the production efficiency of promising methanol fuel by more than 20 times, was developed by scientists of the MIET National Research University together with colleagues from the Lodz Technical University (Lodz, Poland). The results are published in the journal Topics in Catalysis.

The conversion of carbon dioxide into fuel – for example, into methanol – is an effective way to reduce its toxic emissions into the atmosphere, the study authors believe. The optimal solution, in their opinion, is the use of renewable energy for this.

Today, methanol synthesis from CO2 is mainly carried out by the photocatalytic method, in which the reaction proceeds due to the energy of light. However, titanium oxide, used as a photocatalyst, reacts only to ultraviolet, which makes up only 5% of sunlight.

“We showed that surface modification of TiO2 by metal particles increases the rate of methanol formation by 22 times. The most active particles were platinum and nickel. The development of this technology will make it possible to synthesize organic substances without the use of sophisticated equipment required in the classical synthesis method, ”said Sergey Dubkov, senior researcher at the Institute of Advanced Materials and Technologies at NRU MIET.

According to him, for the manufacture of a modified photocatalyst, either vacuum evaporation of metals is used, followed by their deposition on titanium oxide, or annealing of oxide powder impregnated with metal salts.

To study the structure of the obtained materials, X-ray diffraction analysis and scanning electron microscopy were used. The study was conducted as part of the Russian Science Foundation grant No. 19-000595, aimed at developing the principles of artificial photosynthesis in the visible region of the spectrum.

In the future, the team of scientists intends to develop a hybrid photocatalytic system adapted to work in the visible spectrum and capable of solving problems such as the synthesis of organic fuel and purification of water from organic contaminants, as well as the production of hydrogen or oxygen by the decomposition of water.