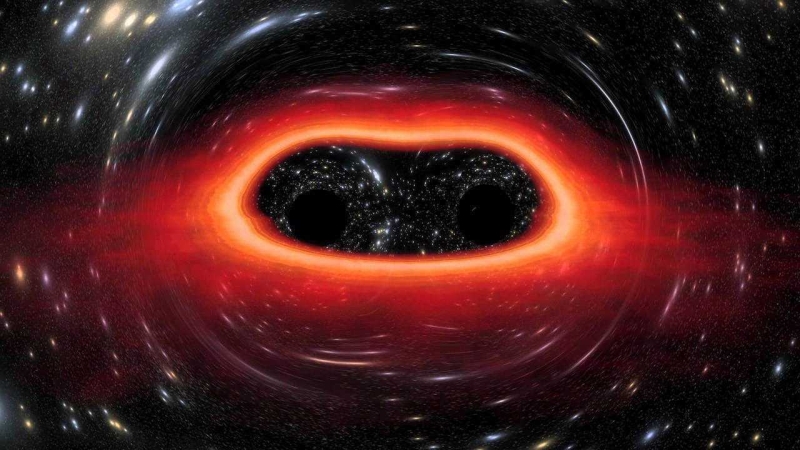 If super-sensitive detectors of gravitational waves will record waves from the fusion of black holes from sources with a large redshift more often once a year, then these sources are black holes that appeared without supernova explosions.

Astrophysicist Savvas M Koushiappas of Brown University in Rhode Island and Abraham Loeb of Harvard calculated how often black holes should merge into the foreseeable universe. In calculations, the scientists proceeded from the assumption that black holes are formed as a result of the gravitational collapse of massive stars, and those, in turn, from a substance that has fallen into a halo of dark matter. To begin the process of star formation, the mass of halo should be higher than the limit calculated in the previous work of another team.

According to calculations, for objects with a redshift of 40 (meaning that the object was formed approximately 65 million years after the Big Bang), the frequency of collisions of black holes in the observed part of the universe should be less than one event per year – if black holes are formed only as a result of supernova explosions. The redshift is the shift of the spectral lines of the chemical elements, increasing approximately in proportion to the distance to the observed source of radiation, and hence its age.

There is another hypothetical way of forming black holes. According to this hypothesis, primary black holes could have appeared at the early stages of the universe’s existence, before 550 million years after the Big Bang, in places where the substance was particularly dense.

Leb and Cushiappus suggested that if high-precision gravity wave detectors would record more than one fusion of black holes with a redshift of more than forty per year, this would mean that the primary black holes really existed. By the number of such events it will be possible to judge the nature of the early universe and the substance in it.

Previously, scientists have suggested that black holes in the young universe could be born as a result of the collapse of matter in high-speed flows.