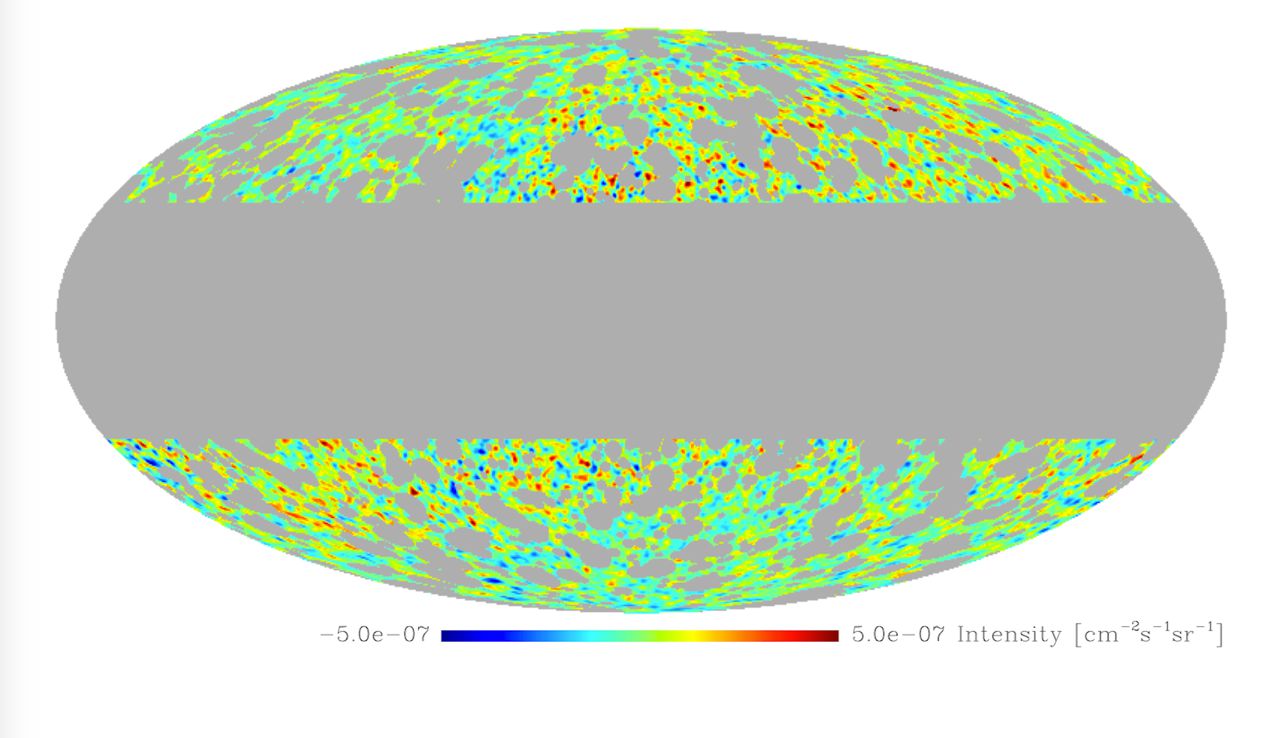 Researchers from the University of Amsterdam, the Netherlands, published the most detailed to date analysis of the fluctuations of the background gamma radiation of the Universe. Using observational data, collected using the Large Area Telescope space Observatory NASA “Fermi”, the researchers were able to detect two different types of sources contributing to the total background glow of the Universe in the high energy range of the electromagnetic spectrum. No sign indicating the presence of particles of dark matter were found.

The brightest point sources in outer space that emit in the gamma range, are blazara, representing supermassive black holes located at the centers of distant galaxies. In addition, smaller amounts of gamma rays emitted by neutron stars of a certain class, called pulsars, and giant stellar explosions – supernovae. In addition to these distinguishable point sources recorded background gamma radiation of the Universe, which accounts for 75 percent of the total extragalactic gamma radiation taken by the existing detectors. The source of this so-called isotropic radiation still have not been precisely set by scientists. The main sources of this mysterious diffuse gamma radiation can be blazara, too dim to detect with the help of Observatory “Fermi”, or other dim sources, according to some researchers. Other researchers suggest that the contribution to the formation of this background can make dark matter particles hypothetically able to annihilate, releasing gamma photons.

In his new work doctor of Fornasa Mattia (Mattia Fornasa) from the University of Amsterdam and her colleagues show that background gamma radiation of the Universe is due to the sources of two different types: high-energy (