Scientists have found one more exoplanet 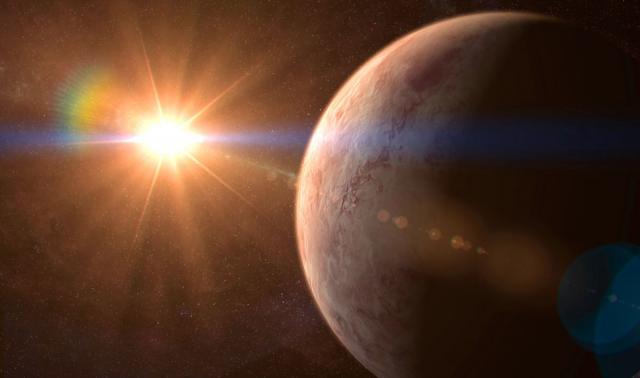 The international group of astronomers has found exoplanet which addresses around the star – the red dwarf of Gliese 536 – at distance of 33 light years from us. The mass of Gliese 536 known also under the designation GJ 536 and HD 122303, are twice less than the mass of the Sun. This red dwarf is of special interest for the scientists who are engaged in search the zemlepodobnykh of planets as she has low activity and differs in slow rotation around an axis (45 days).

The planet handles around a star the period 8,7 days, being from her at distance to 0,067 a.a. According to researchers, stony planets usually don’t exist one by one. Astronomers hope to find in the future in this system and other planets.

As scientists consider, the planet of Gliese 536b is too close to a star in order that she could be considered as potentially manned. According to estimates of astronomers, the planet has temperature of a surface of 70-214 degrees Celsius. In a case with Gliese 536 as experts believe, potentially manned planets have to have a cycle time from 20 to 40 days.

Gliese 536b has been found by the HARPS spectrograph on the 3,6-meter telescope of Observatory of La-Silia of ESO.