Scientists have found out how fast the Sun is losing weight 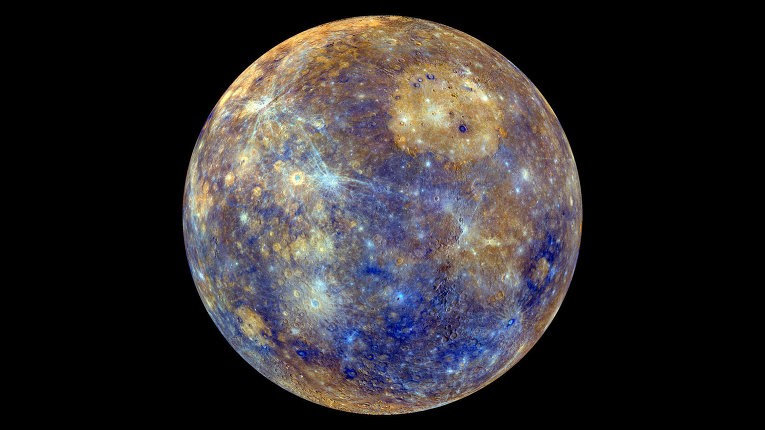 Observations of the displacement of the orbit of Mercury helped scientists calculate the exact speed with which the Sun “loses weight” due to thermonuclear reactions and the solar wind, say astronomers.

“We managed to solve one of the most fundamental and important problems in the physics of the Sun, using methods of planetology.When we looked at the problems we were looking at from another side, we were able to get more accurate estimates and come closer to a new understanding of how the Sun and the planets interact with each other “Said Erwin Mazarico of NASA’s Goddard Space Flight Center (USA).

The sun, like the rest of the stars, is a giant natural thermonuclear reactor that converts the energy released during fusions of hydrogen nuclei and other light elements into light and heat. In addition, the Sun continually throws out huge amounts of red-hot plasma into space, in the form of a so-called “solar wind” – a stream of protons, electrons and other particles, accelerated to very high speeds.

For more than 50 years, since this phenomenon was discovered by the Soviet probe “Luna-1”, scientists are trying to understand how the solar wind arises and how it affects the behavior of the luminaries and eight planets of the solar system.

The most obvious consequence of it, as Mazariko notes, is that the Sun continuously “grows thin.” The matter being thrown out is not replenished by anything, as a result, the mass of the luminescence gradually decreases. Theoretical estimates show that for all of its life it should lose about 0.1% of the mass and this should significantly affect the orbits of the planets.

For example, by the time the Sun exhausts the reserves of “star fuel” and turns into a red giant, Earth will move away from it by about 150 thousand kilometers, and the orbits of Mars, Jupiter and the more distant planets will shift even more. This will affect their possible habitability and how they will interact with asteroids and comets.

However, these estimates are extremely inaccurate – until now, astronomers did not know at what speed the Sun “loses weight” and how quickly the planet “escapes” from it. This mystery, as noted by Mazariko, helped to solve Mercury.

Mercury, the scientist explains, is located about three times closer to the Sun than the Earth, so reducing the mass of the light will have a much greater impact on the position of its orbit and the distance between the points of maximum approach to the star and the maximum distance from it. In particular, the most crude calculations show that in two years the orbit of Mercury should shift about two meters.

Such a shift would be impossible to see from the Earth, but in the orbit of Mercury the MESSENGER probe worked for a long time, it can accurately measure how long it takes radio waves to travel to Earth and back and how much they stretch.

These data allowed Mazariko and his colleagues not only to calculate the exact speed with which the Sun loses mass, but also to test the theory of relativity and to find out how much our luminary differs in shape from the ideal ball.

Calculations showed that every year the Sun “loses weight” by about 179 trillion tons, which is equivalent to about 3.5% of the total mass of the Earth’s atmosphere. Similar values, astronomers note, are just below theoretical estimates, but in principle they correspond.

The remaining measurements, according to Mazariko, show that the behavior of the star completely corresponds to the theory of relativity, which allows us to use such observations to predict the fate of the solar system and study the history of its formation.