Scientists have found out how long microorganisms can survive on Mars 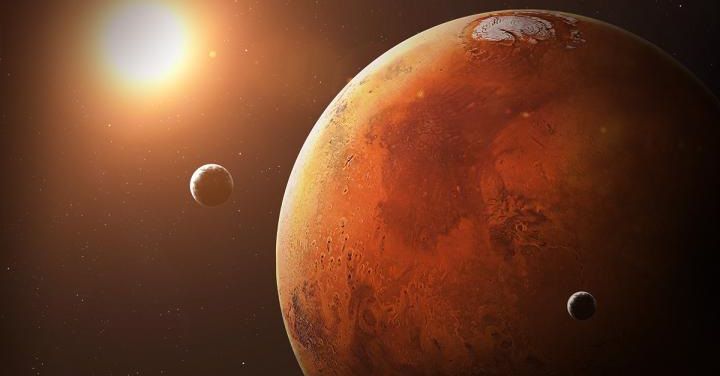 Researchers from the Faculty of Soil Science of the MVLomonosov Moscow State University. Lomonosov studied the resistance of microorganisms to gamma radiation at low temperatures.

In their work, scientists have investigated the radiation resistance of microorganism communities in sedimentary rocks of permafrost at low pressure and low temperature. These sedimentary rocks can be considered as an earth analogue of regolith, a soil that has undergone cosmic weathering. The researchers found that the potential Martian biosphere could be preserved in the cryopreserved state, and that the main factor limiting the life span of microorganisms is radiation. Having determined the resistance of bacteria to radiation, it is possible to estimate the possible duration of the existence of microorganisms in the regolith at a certain depth.

“We studied the combined effect of a number of physical factors (gamma radiation, low pressure, low temperature) on communities of microbes living in the ancient Arctic permafrost. We also studied a unique natural object – the ancient permafrost, which did not melt for about two million years. In fact, we conducted a model experiment that reproduces the cryopreservation conditions in the Martian regolith. It is also important that in this work we studied the effect of high doses (100 kGy) of gamma radiation on the survival of prokaryotes, while in previous studies at doses over 80 kGr, no surviving prokaryotes were found, “said Vladimir Cheptsov, a graduate student of the Department of Biology soil of the Faculty of Soil Science of Moscow State University.