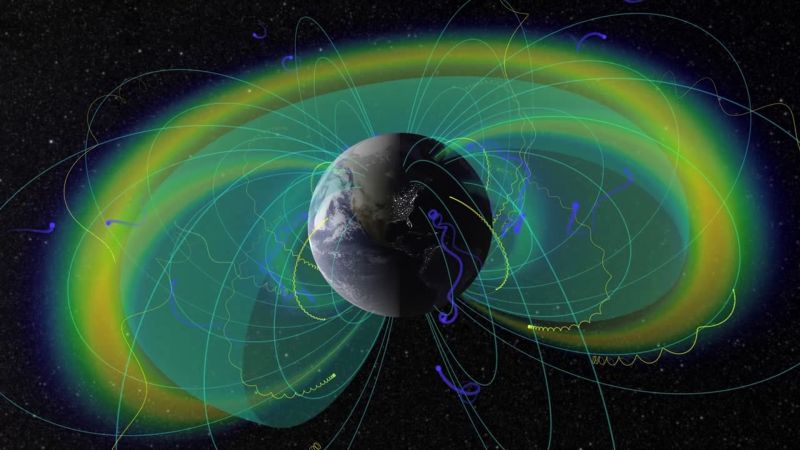 Geologists have determined that the process of the last change of the Earth’s magnetic poles lasted about 22 thousand years. This figure is many times higher than previous estimates and gives humanity hope that the next such cataclysm will go smoothly enough.

The results of the study are published in the journal Science Advances.

The magnetic poles of the planet change places at intervals of several hundred thousand to a million years. During the “revolution” (inversion) the Earth’s magnetic field, which protects life from cosmic radiation, weakens.

The last inversion, known as the Brunhes – Matuyama reversal, occurred about 780 thousand years ago. This means that the next one can begin now, in a few years, centuries or millennia.

This has happened many times in Earth’s history, and paleontologists know that such disasters do not lead to catastrophic mass extinctions. And our ancestors already experienced this. Of course, there was no trace of the species Homo sapiens 780 millennia ago, but the human race already existed, emerged from Africa and even reached Europe.

However, this does not mean that nothing threatens humanity. Increased exposure is fraught with a reduction in life expectancy, an increase in the incidence of cancer, an increase in the number of congenital mutations and other unpleasant consequences.

How serious is this danger? It depends on how fast the inversion occurs. A sharp “coup” means a sudden and severe weakening of the geomagnetic shield. If the transition is delayed for many millennia, then the radiation flux will begin to grow gradually, and our inventive species will have time to adapt. 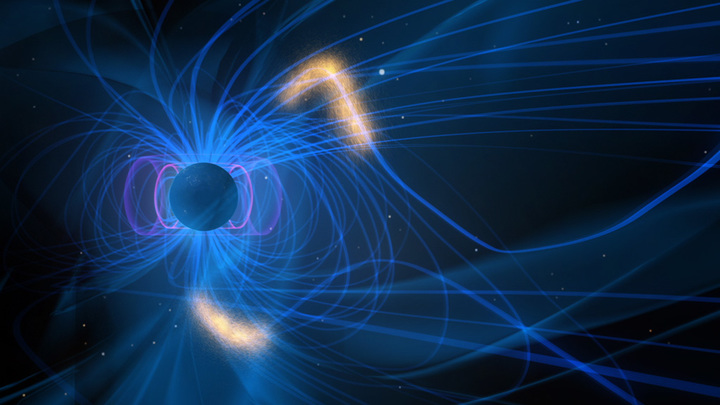 The geomagnetic field protects us from cosmic radiation.
NASA illustration.

Geologists have no consensus on how long the last inversion lasted. This could take several millennia, centuries or even tens of years.

Such disagreements are connected with the fact that even a few thousand years is a negligible period on a geological scale. Traces of this event in the fossil record are few and often difficult to date.

Most of the information on the latest inversion was obtained from marine sediments. Magnetized particles buried in sedimentary rocks retained a “memory” of what the magnetic field was like at the moment of their formation. Evidence of the latest geomagnetic cataclysm is found in dozens of cores (rods extracted from wells) of deposits around the world.

However, sedimentary rocks are not such a good magnetic tape. They are weakly magnetized, slowly accumulate and create other problems for geologists.

Lava flows, containing many magnetic minerals, pouring out in a stormy stream and quickly solidify are another matter.

Lava flows are ideal “recording devices” that retain traces of an ancient magnetic field. They contain a large number of iron-rich minerals that permanently “imprint” the properties of the field as they cool. The problem was that there are no volcanoes on Earth that would constantly erupt, “RIA Novosti quoted the first author of the article as Brad Singer from the University of Wisconsin in Madison.

To restore the full picture, the researchers had to collect several hundred samples from six sections. Scientists dated the rocks in terms of the ratio of argon-39 and argon-40. In addition, they correlated their results with paleomagnetic data from marine sedimentary rocks.

Scientists also took into account the intensity of the magnetic field in past eras, calculated from the content of beryllium-10 in Antarctic ice and sediments in the Indian Ocean. Let us explain that this isotope is formed under the influence of cosmic rays, from which the geomagnetic shield protects us.

These results give humanity hope that the next “magnetic revolution” will occur smoothly and relatively painlessly for our species.