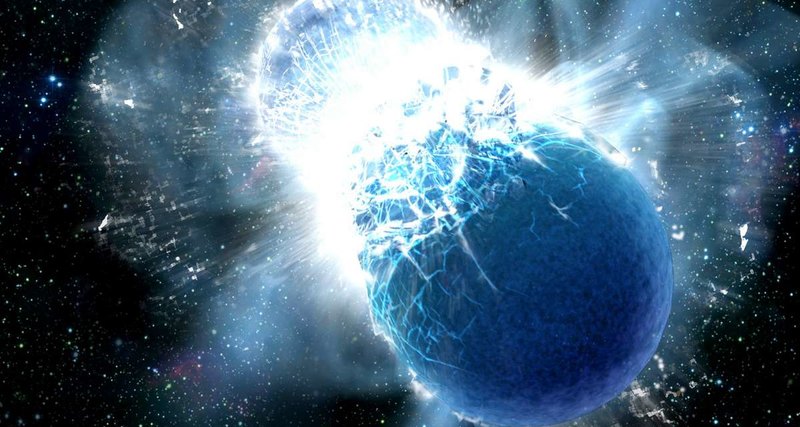 Astrophysicists have calculated that the main source of heavy metals in our galaxy are neutron stars, with the fusion of which a huge mass of valuable resources are formed.

Some heavy elements, such as gold, europium and others, are due to a process called fast neutron capture. It occurs when the atomic nucleus quickly absorbs neutrons to achieve a stable shape before it is struck by radioactive decay. However, scientists still argue in which parts of the universe the greatest percentage of such synthesis occurs: some believe that the nuclei of the crumbling supernovae are becoming the “reactors,” while others believe that this occurs during the confluence of neutron stars – a relatively rare but impressive scale phenomenon.

In August 2017, astronomers just spotted the fusion of two neutron stars, which occurred approximately between 85 and 160 million light-years from the Earth. The mass of each star was three times the mass of the Sun, and after processing the data, astrophysicists published interesting results of their studies. According to the work published in The Astrophysical Journal, as a result of the merger a huge amount of europium, equivalent to 1-5 Earth masses, was formed, and even more gold – it exceeds the mass of the Earth from 3 to 13 (!) Times.

If we take into account the fact that the fusion of neutron stars that took place is a typical event, and similar ones occur once or twice a year for 6 million light years, for the Milky Way they are the main sources of heavy elements. It remains only to invent a way to extract them – and humanity will forever provide itself with valuable resources.