Scientists have found out that Pluto has no rings 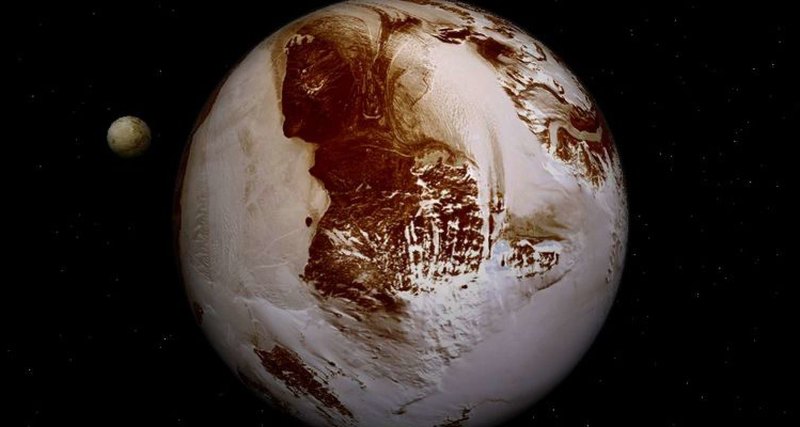 The scientific team of the probe New Horizons and other astrophysicists completed the analysis of data collected during the visit of the device to Pluto in 2015, and concluded that there are no rings near the dwarf planet.

Researchers suspected that the former planet may have rings similar to the rings of Jupiter, Saturn, Uranus and Neptune. In favor of this assumption, the fact of the existence of ring systems for small celestial bodies of the Solar System – the asteroid Khariklo and, possibly, Saturn’s moon Ray. A few years before the flight of New Horizons to Pluto, the Hubble photographed the dwarf planet and discovered two new satellites – Kerber and Styx, in addition to the already known large satellite Charon and the small, Nicte and Hydra.

The question of the presence of rings particularly excited the team of New Horizons before the historical approach of the probe to Pluto: if the dwarf planet was ringed, the probe could be threatened by a collision with stones and dust of the rings. But the flight passed without accidents, and photographs taken after the New Horizons passed Pluto, finally eliminated the possibility of finding rings from the dwarf planet.

There are a number of hypotheses that in the distant past of the Earth it could have a system of rings, which resulted from the ejection of matter after the collision of the Earth with large asteroids, but none of them has been proved. But Mars can acquire rings in the next ten million years, when under the influence of the gravity of Myars, his companion Phobos will crumble to pieces.