Scientists have found out, where did the mountains on Jupiter’s moon IO 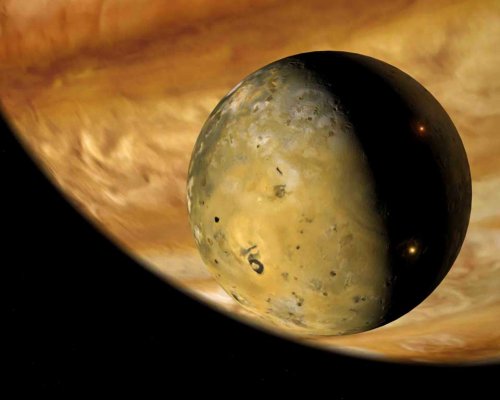 Scientists have found that hills on IO are formed due to the huge number of volcanoes and the lava that accumulates in the cracks of the lithosphere.

Mountains, located on the surface of IO, an inner moon of Jupiter, is very diverse. Most of them are single peaks, which appeared from nowhere. This was stated by the Professor of University of Washington William McKinnon, noting that the space object is yet another puzzle for modern scholars.

With the help of computer simulation experts from research center of the USGS located in Flagstaff, tried to find out how to create hills on IO. The most plausible version to date is the assumption that mountains formed because of the continuously erupting lava.

On the surface of the satellite are about 400 volcanoes that supply the “building materials” for future rocks. In addition, the lava accumulates in the cracks of the lithosphere, and then breaks out, also forming various irregularities.