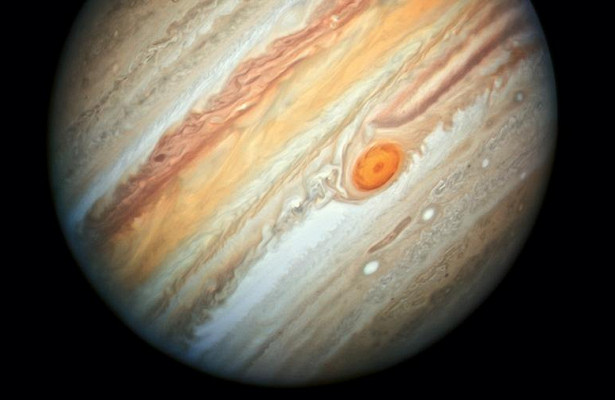 Brown dwarfs are space objects with masses in the range from 0.012 to 0.077 solar masses, or from 13 to 80 Jupiter masses. They have common characteristics with both planets and stars, so they are sometimes called substars. They are larger than the giant planets, but not massive enough to shine like real stars. Past research has shown that brown dwarfs orbiting stars probably formed themselves as low-mass stars. As in stars, nuclear fusion occurs in their bowels, but after the exhaustion of the reserves of the nuclei of light elements, thermonuclear reactions cease.
American astronomers led by Brendan Bowler of the University of Texas at Austin, using direct images from ground-based telescopes in Hawaii – the Keck Observatory and the Subaru telescope, studied the orbits of such satellites orbiting their stars in 27 planetary systems.

Modern technology allows you to get direct images of objects with a mass of 1 mass of Jupiter. However, it is not always clear whether a large object found on the outer edge of a planetary system is a giant planet or a small brown dwarf.

“As the technology has improved, one of the most important questions that has arisen is what is the nature of the satellites we find?” Brendan Bowler said in a press release at the Keck Observatory. “One way to figure this out is to study the dynamics of the system, look at orbits. Their orbits today are the key to discovering their evolution. ”

But observing the orbital rotation of gas giants and brown dwarfs is a very lengthy process. They are located so far from their stars that one revolution can take hundreds of years. Since most objects have been discovered over the past one or two decades, scientists have images that correspond to only a few percent of each’s total orbit.

Using a system of adaptive optics, scientists took pictures of giant planets and brown dwarfs, capturing with high accuracy their current movement around their parent stars. Then, combining these data with all previous observations published by other astronomers or available in the archives of telescopes, they conducted a computer simulation. As a result, a set of possible orbits for each satellite was obtained.

“Any, even slight movement gives a cloud of possible orbits,” the scientist notes. “The smaller the cloud, the closer the astronomer approaches the true satellite orbit.”

Using the specially designed program Orbitize !, which uses the laws of Kepler’s motion, the researchers checked which types of orbits correspond to the measured positions and which do not.

“Instead of waiting a decade or a century for the planet to complete its revolution, we can compensate for the short time frame of our observations with very accurate measurements of the position,” said another research participant Eric Nielsen from Stanford University. “Orbitize !, which we designed specifically for partial orbits, it allowed us to find orbits even for satellites of the longest period. ”

Finding the shape of the orbit is key in determining the type of object. Those that have more circular orbits probably formed like planets, and those whose elongated orbits are like stars. In the latter case, the star-forming cloud of gas and dust at one time was divided into two parts – one formed a star, the other a brown dwarf orbiting this star. Scientists say that they are, in fact, binary star systems that contain one real star and one “failed” one.

The main result of the study, according to the authors, is that they were able to show that giant planets and brown dwarfs formed fundamentally differently.

“Despite the fact that these satellites are millions of years old, the memory of how they formed is still encoded in their current orbits,” Nielsen notes.