Scientists have learned to weigh stars with record accuracy 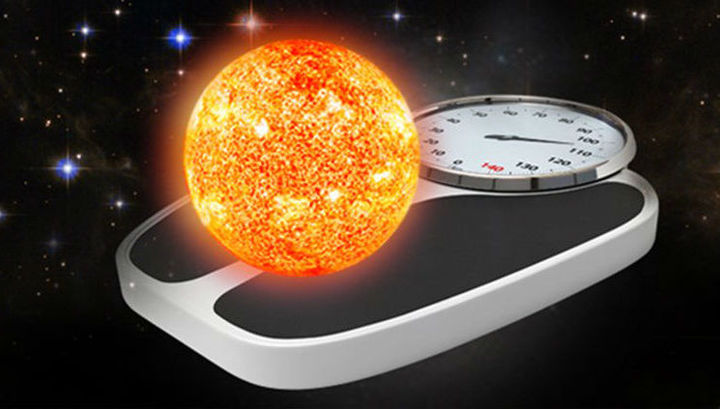 How to weigh a star? It is very good if it is double, that is, has a luminous companion with which it rotates around the common center of mass. Then the masses of both “partners” can be estimated by measuring the parameters of their orbits.

But in the Galaxy only about half of the stars are double. What about the solitary ones? You can apply astroseismology. This is a very accurate method, but it requires careful measurements, and therefore works only for several thousand of the brightest stars.

In addition, observing the color and brightness of the star, we can say to which class it belongs. Is it, for example, a yellow dwarf or a red giant. Typical masses of stars of each class are known. But this method can not boast of accuracy. You can easily make a mistake twice. And by the way, a double error in the mass of the star entails an error of 67% in the mass of its planet. So easily you can mix up the Earth with Mercury.

Astrophysicist Keivan Stassun of the University of Vanderbilt in the United States, in co-authorship with colleagues, developed a new method. According to a research press release, he uses variations in the brightness of the star in order to determine the acceleration of gravity on its “surface”. Recall that the surface of a star is conventionally considered a photosphere – a layer that emits light into space (more outer layers, such as the chromosphere and corona, are practically transparent).

These data on the gravity of the stars are combined with information about its luminosity and distance to it. As a method of measuring distances (a problem in astronomy, we recall, very nontrivial), they propose to use the parallax method, which we described in detail. Fortunately, it is the most accurate and reliable, although, with measurements from the Earth, it is suitable only for a small number of nearby stars. But the Gaia apparatus is already in orbit, which determines this distance to millions of luminaries by this method.

The combined data on the apparent luminosity of the star and the distance to it make it possible to calculate its diameter. Acceleration of free fall gives information about the density. Calculate the mass of a star, knowing these two parameters – a task for the secondary school.

To “run-in” the method, researchers took 675 stars with a pre-known mass. The check showed that the method works and, moreover, has very high accuracy.

“Our method allows us to measure the mass of a large number of stars with an accuracy of 10 to 25 percent, in most cases this is a much more accurate estimate than is possible with other available methods,” says Stassoon.

A scientific article describing the method of authors and the results of its verification is accepted for publication in the Astronomical Journal.

Scientists hope that their technique will come in handy very soon. Next year, it is planned to launch the TESS. This “hunter of the planets” will watch 200 thousand stars in search of undiscovered worlds. And then accurate measurements of the mass of the stars will help astronomers understand which planets are illuminated by their rays.