Scientists have made the plan of colonization of the Moon robots 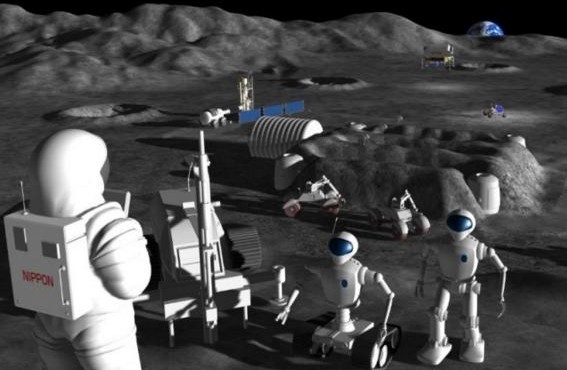 Specialists of the Space center of Kennedy developed the scenario of colonization of the Moon or other object of the Solar system robots.

Specialists constructed model in compliance with which for colonization of the Moon robots it is enough to deliver within 20 years to the satellite of Earth 12 t of useful load. These are details for 3D-printers, energy modules, accumulators, excavators, devices for creation of solar batteries, portable chemical and steel works and so forth.

It will be possible to manage robots far off – from the command center on our planet. In it there is just nothing difficult – so, the astronaut Sergey Volkov managed with the ISS recently the robot which was on Earth, in real time.

By the end of the project on the Moon there will be about 60 robots with a lump of 156 t
If to send 41 t of freight to the satellite and to go according to the scenario of the accelerated production, then the number of robots will reach 100 thousand, their lump will constitute 40 thousand tons. In addition to androids, the colony will turn on the devices similar to insects, lizards, mice and monkeys.
As on the Moon almost unrestricted resources will be available to robots, population will be able to increase in a geometrical progression. Over time the colony will become autonomous.

Moreover: in several decades industrial outputs on the Moon will reach really space scales, and without additional investments. They in millions of times will exceed the industrial capacity of the USA.