Scientists have modeled the destruction of the “doomsday asteroid” 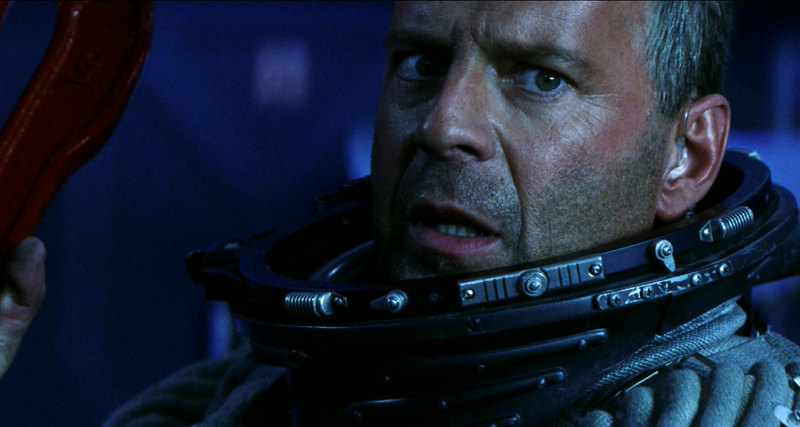 Astronomers modeled the collision of two asteroids at ultrahigh speeds in an attempt to find out if this would help eliminate a potential threat from space.

In 1998, the topic of an asteroid, which could suddenly put an end to all life on earth, was incredibly popular. For this, I must say separately thanks to the paintings “Armageddon” and “The Clash with the Abyss”, which have become the ideal disaster films of their time. What power can unite people so much, if not the threat of total annihilation? However, a new study suggests that the potential hero Bruce Willis, in reality, may not be so smooth at all. Destroy an asteroid in reality can be much more difficult than in the movies.

“We are accustomed to believe that the larger the object, the easier it is to split it. But our results show that asteroids are actually much stronger than they were supposed to, and more energy may be required to destroy them, ”says Charles El Mir, author of the article. For their research, the El Mira team used a computer model called the Tongé-Ramesh model (TRM). They had an important advantage: one of the team members was the same KT. Ramesh, director of the Hopkins Institute for Extreme Materials and author of the model. As in earlier versions, TRM focuses on the mass, temperature and fragility of the asteroid.

The advantage of TRM is that it requires very modest computing power, but at the same time includes micromechanics in its equations. This means that scientists will be able to better analyze the mechanics of the emergence of hypothetical cracks and how they spread through the body of an astroid after an explosion. “The only question is – how much energy is needed to destroy the asteroid and break it into fragments?”, The authors explain.

Using the model as an example, an asteroid can be destroyed in two phases. The first – a split second immediately after a collision with an object, the second – the movement of the asteroid (of what remains of it) in the next few hours. For testing, a hypothetical asteroid of kilometer diameter was chosen, which should hit another asteroid, approximately 25 km in diameter, with a huge speed of 5 km / s:

The first phase is marked by explosive movement inside the asteroid. Cracks are formed very quickly and just as quickly cut the object into pieces. Apparently, millions of cracks are formed in just a matter of seconds. As a result, the asteroid creeps, a crater forms on it. However, even a collision with a kilometer brother at high speed will not destroy the cosmic chunk: it will not completely split and will still retain its destructive power. In the second video, you can see that the damaged fragments, though exfoliate, will nevertheless be attracted again by gravity: