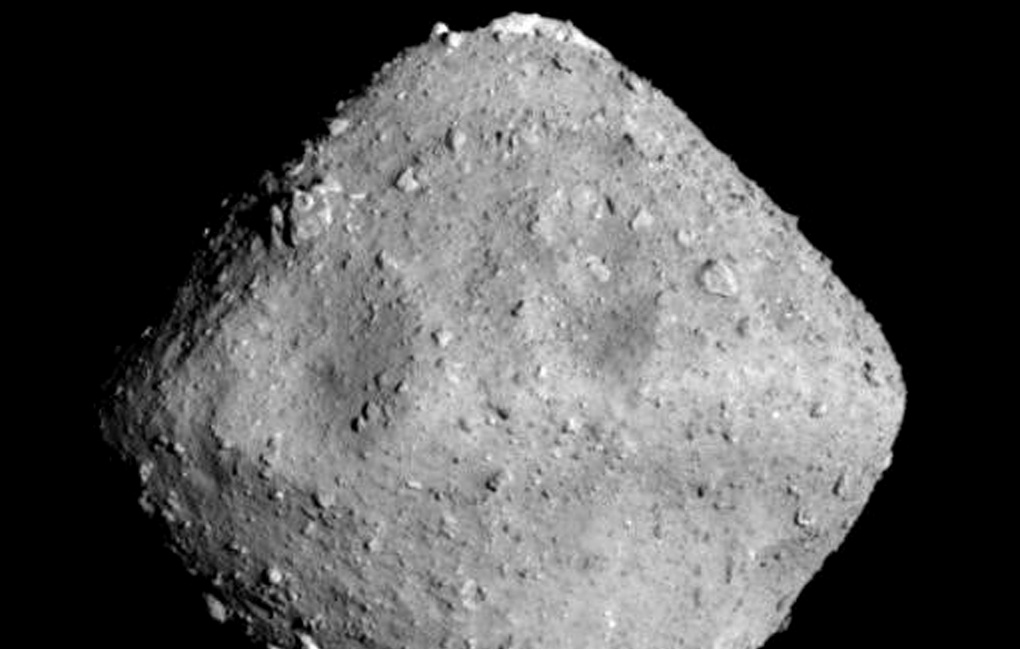 Japanese scientists have not yet been able to detect signs of water on the asteroid Ryuga, which is 280 million km from the Earth. This was reported by the Japan Aerospace Exploration Agency (JAXA).

From the end of June, thanks to the probe “Hayabusa-2” (“Sokol-2”), approached at a very close distance, scientists managed to visually study about 54 thousand points on the surface of the cosmic body. However, they did not find any traces of moisture. It is not known whether he was always deprived of water, or it happened at some period of his existence.

Rjugu belongs to the class C – the most common of the now studied. This means that they contain a large amount of carbon. Also, according to statistics, on the lumps on the surface of such bodies you can often find particles of water.

Therefore, Japanese scientists do not give up hope of achieving the desired result in the process of researching Ryuga. In particular, the JAXA does not rule out the possibility that the liquid may appear during the creation of an artificial crater, scheduled for the spring of next year.

If there are no obstacles, then in September or October Hayabusa-2 will make the first attempt to land on Ryuga to take samples of rocks. In total, there will be three such attempts, and the device should return to Earth at the end of 2020.

The diameter of Ryūgu, which is located between the Earth and Mars, is about 900 m. Hayabusa-2 was launched to the asteroid in December 2014 from the cosmodrome on the Japanese island of Tanegashima. Scientists hope to find on the asteroid traces of water and organic substances, which can help in unraveling the mysteries of the spread of life in the universe.

“Hayabusa-2” weighs about 600 kg. It is a modified version of the first Falcon, which for the first time in history managed to deliver to the Earth samples of materials collected on the surface of a space object other than the Moon. In May 2003, he set off for a distance of 336.5 million km from the Itokawa asteroid. For seven years the probe has done the longest journey in the history of mankind, 6 billion kilometers long.