Scientists have noticed a unique play of light on Mars 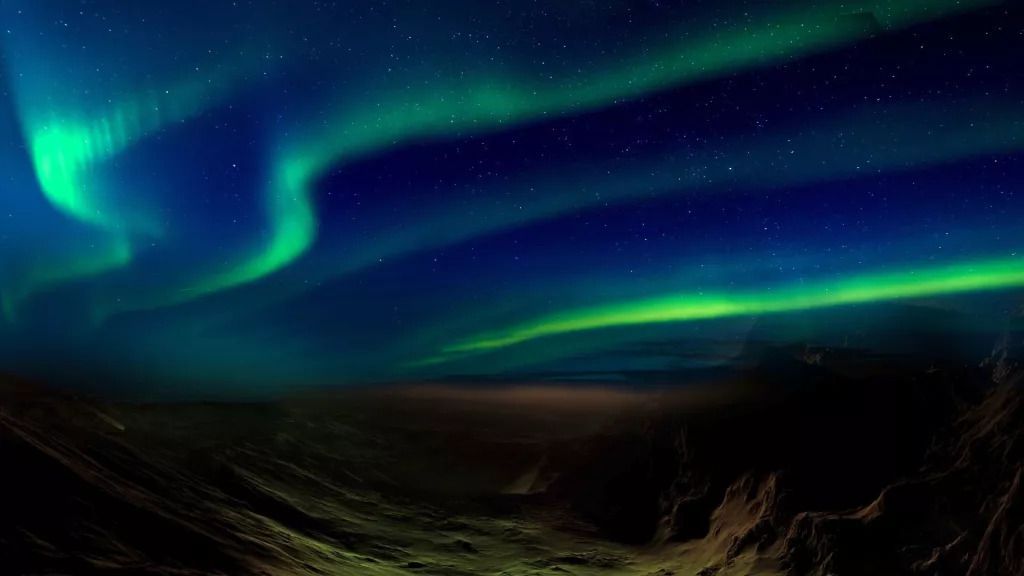 On clear Martian nights, long snake-like ribbons of light can pierce the Red Planet’s sky for thousands of miles. These can be planetary-wide “scattered auroras” that glow faintly across the sky during strong solar storms, or “discrete auroras” that glow only over certain areas of the Martian sky, writes Live Science.

According to researchers from the United Arab Emirates Mars Mission (EMM), the newly discovered type of aurora seems to be a “weird mishmash” that incorporates the features of several known species. Experts have called them “winding discrete auroras.”

Visible only over parts of the Martian landscape, a new type of aurora emerged during a recent solar storm when charged electrons swept over the Red Planet’s thin atmosphere. As these particles swept down the magnetic field lines in the atmosphere, long “tentacles” of light zigzagged across the sky from the planet’s day side to the night side, spanning half the diameter of Mars. 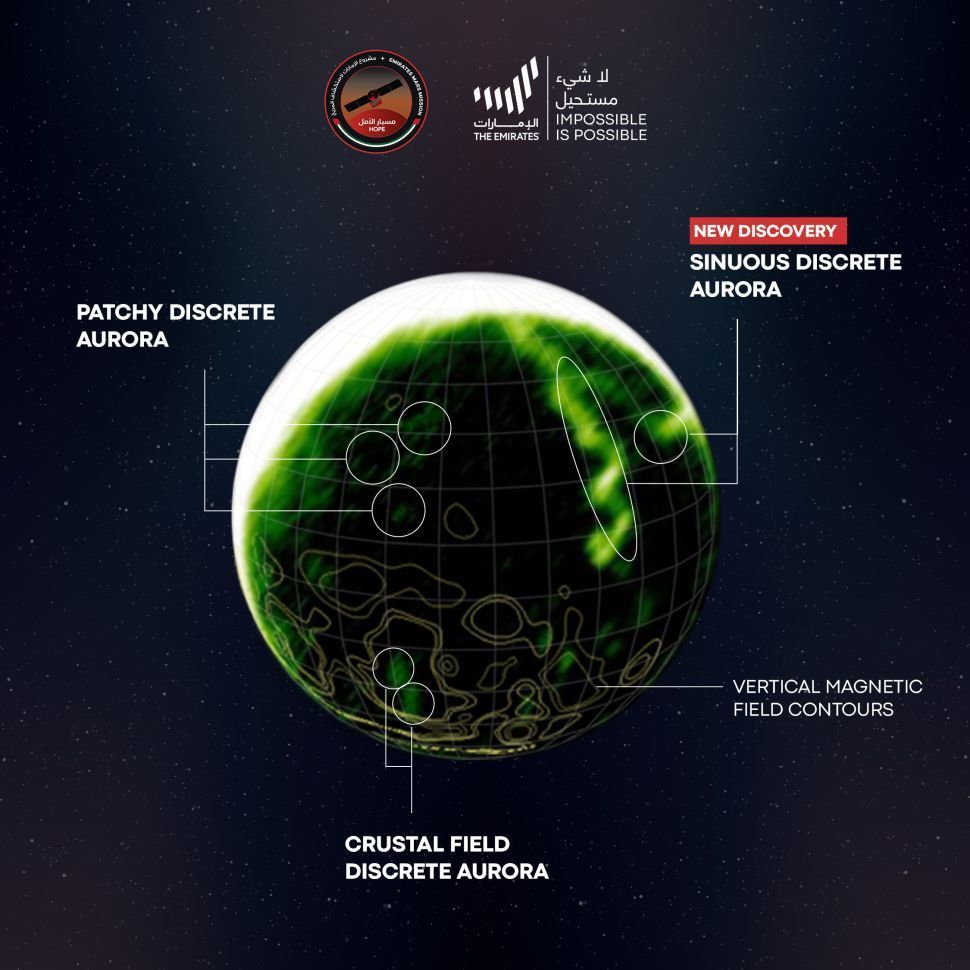 A visual guide showing the three types of aurora that have been found on Mars. Source: Emirates Mars Mission

The cause of this newly discovered Martian aurora remains a mystery.

“The tortuous, discrete aurora was a shocking discovery that in many ways has us scratching our heads and back to the drawing board,” said Rob Lillis, a planetary scientist at the University of California, Berkeley, who works on the EMM ultraviolet spectrometer. “We have ideas, but no convincing explanation of why we are seeing intense auroras of this shape and on a planetary scale.”