Scientists have photographed an approaching to the Earth asteroid 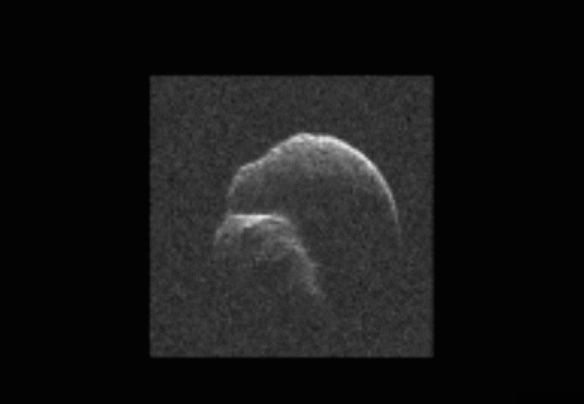 Astronomers were able to obtain an image of the asteroid 2014 JO25, which on Wednesday will pass at a minimum distance from the Earth. This was done with the help of a 70-meter radar observatory Goldstone (USA). Analysis of the data showed that the asteroid has the form of peanuts, and the rotation period is 5 hours.

The image was obtained with a resolution of 7.7 meters per pixel. “The asteroid has a contact double structure – two lobes with a neck-like region,” explained the head of observations, Shantanu Naidu.

Although there is no threat of collision, it will fly very close to an asteroid of this size (650 m) – at a distance of 1.8 million km from the Earth. At this distance several smaller asteroids sweep past the Earth several times a week, but such a large one will fly so close for the first time in a long time. The last time the 2014 JO25 approached the Earth 400 years ago, and the next one will appear only after 2600.