Scientists have proposed a new theory of the formation of Mercury 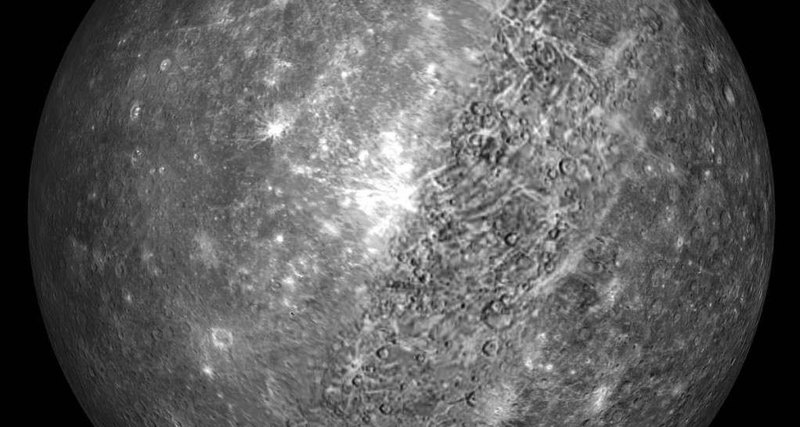 Mercury is the smallest and least studied planet of the earth type. Nevertheless, even our current knowledge is enough to understand that this planet is largely untypical. It is very small and very heavy, and, besides, its bowels are probably still hot.

In October, the BepiColombo probe launches towards Mercury – a joint project of the European Union and Japan, with the participation of Russia. This moment seemed to the French scientist Bastien Brugger and Thomas Ronnet suitable to offer his concept of the formation of the planet, which, perhaps, will clarify the tasks facing the AMC.

From the authors’ point of view, Mercury was the very first planet in the Solar System. It was formed from the evaporations of planetesimals, which were close to the Sun. Bruegue and Ronne conducted a computer simulation of the origin of Mercury and came to the conclusion that the planet has a dense and probably hot mantle that has a lot of iron in its composition. There it should be much more than can be found on the surface. In addition, the planet closest to the Sun is famous for its high sulfur content.

Mercury belongs to the planets of the terrestrial group. In terms of its physical characteristics, Mercury resembles the Moon. He does not have natural satellites, but there is a very sparse atmosphere. The planet has a large iron core, which is the source of a magnetic field, whose intensity is 0.01 from the earth’s magnetic field. The core of Mercury is 83% of the total volume of the planet. The temperature on the surface of Mercury ranges from 80 to 700 K (-190 to +430 ° C). The solar side heats up much more than the polar regions and the reverse side of the planet.

The radius of Mercury is only two and a half thousand kilometers, which is less than the radius of the moon of Jupiter Ganymede and the satellite of Saturn Titan (the two largest satellites of the planets in the solar system). Despite the smaller radius, Mercury surpasses Ganymede and Titan by mass. The average density of Mercury is quite high – 5.43 g / cm³, which is only slightly less than the density of the Earth.

The scientists’ conclusions will be presented at the European Planetary Scientific Congress (EPSC) in 2018 in Berlin.