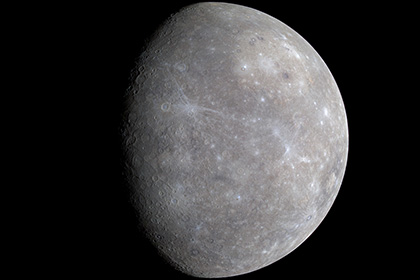 Japanese scientists modeled the birth of Mercury in the early solar system. Formation of the nearest to the luminary of the planet experts considered an unlikely event.

Astronomers conducted 110 launches of the model, which involves the formation of the celestial bodies of the terrestrial group from the protoplanetary disk around the Sun. Within the N-body problem, more than one hundred embryos of planets and about six thousand planetesimals were used for this purpose.

In most of the launches, it was possible to reproduce the birth of Venus and the Earth. Mercury and Mars were formed only in nine cases.

As a rule, the nearest planet to the star was formed at a distance of 0.27-0.34 astronomical units from the star, had a small eccentricity (describing the elongation of the orbit parameter) and was lighter than the Earth about five times. The formation of the planet was mainly the matter of embryos, the birth of the celestial body took ten million years.

Mercury is lighter and smaller than Earth about 20 times. The average density of it is about the same as that of the Blue Planet. The year on Mercury lasts about 88 days. From other planets of the solar system Mercury is distinguished by a large metal core – it accounts for 85 percent of the radius of this celestial body. For comparison, the core of the Earth has only half its radius. Unlike Venus and Mars, Mercury, like the Earth, has its own magnetosphere.