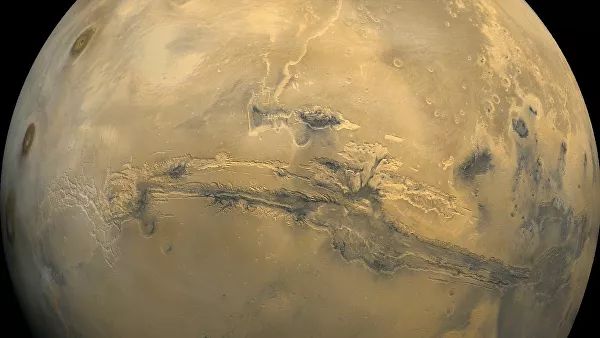 Scientists at the Space Research Institute (IKI) of the Russian Academy of Sciences during the experiments proved that microorganisms can survive in the atmosphere of Venus, on the surface of Mars and in the ice of the satellite of Jupiter of Europe. This is stated in the IKI annual report for 2019, published on the institute’s website.

Swim in the clouds

“In the atmosphere of Venus, where the upper layers of the planet’s atmosphere are exposed to cosmic rays and temperature surges, microorganisms associated with mineral particles may be present,” suggested IKI scientists.

To test this hypothesis, the laboratory investigated the effect of radiation on micromycetes (microscopic fungi – ed.) Of dry soil at low temperature and pressure. As a result, it was found that the effect of high doses of ionizing radiation does not lead to the death of soil fungi. Most resistant species survive.

In addition, IKI scientists studied the survival of microorganisms taken in the Arctic under simulated conditions on the surface of Mars – when exposed to radiation, temperature minus 50 degrees Celsius.

“It was shown that this effect did not lead to significant damage to the bacterial complex,” the document says.

In addition, scientists studied the soil bacteria of the Mojave Desert, considered as terrestrial analogues of the hypothetical microbial communities of Mars. “A high number and variety of microorganisms was discovered, and the bacterial cultures were highly resistant to a wide range of stress factors, such as cultivation temperature, pH, the presence of salts and strong oxidizing agents,” the report said.

The IKI also assessed the possibility of preserving hypothetical microorganisms in the ice of the satellite of Jupiter of Europe in case of their release from the subglacial ocean. An experiment was conducted on the irradiation of bacteria embedded in ice at a temperature of minus 130 degrees Celsius and the required pressure. According to the results of the study, scientists discovered viable bacteria.

“Given the intensity of radiation and the speed of surface renewal, preservation of living cells in ice at a depth of 10-100 centimeters for 1000-10000 years after the ejection of water from the subglacial ocean,” the research report says.