Scientists have recreated the atmosphere of exoplanets 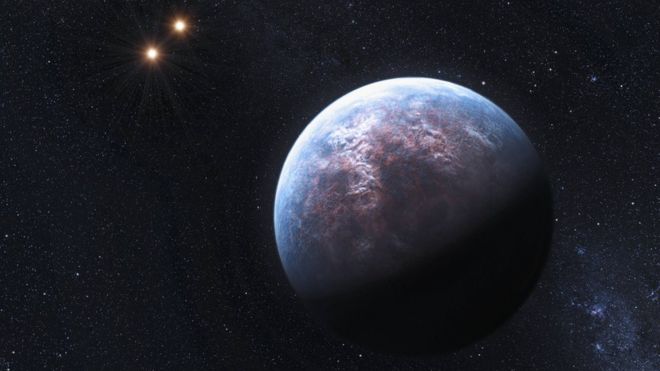 Researchers for the first time recreated the chemical composition of atmospheres of distant planets under laboratory conditions.

Scientists have found that haze, for example, hydrocarbon, which envelops Saturn’s moon Titan, can form on exoplanets, known as super-Earths and mini-Neptune. Chemical haze and clouds can affect the surface temperature and the planet’s potential to sustain life.

Super-Earth and mini-Neptune – the most common group of exoplanets, discovered at the moment. The closest super-Earth, Proxima-b, is at a distance of more than 40 trillion km from the Earth, which makes its detailed observations very complicated.

Clouds and haze determine the temperature and chemical composition of the atmosphere, and how deep we can look into the atmosphere of the planet. Clouds are formed due to a continuous cycle of material, which in many respects resembles the water cycle in nature, and the process of producing smoke is much more complicated. Solid particles remain in the atmosphere of the planet, where they can scatter light and affect the temperature of the surface or fly to the sun with the help of precipitation.

Scientists from the Johns Hopkins University in Baltimore (USA) reproduced the atmosphere of nine potential worlds to see in detail how this atmospheric chemistry can function.

Gas mixtures saturated with hydrogen, water or carbon dioxide were subjected to the discharge of cold plasma. This triggered chemical processes, very similar to the auroras visible in our solar system. Several colorful side effects were obtained.

Then the “atmosphere” for three days produced particles of haze, which were collected on quartz disks in the reactor chamber. Colorful discoveries continued when one of the hydrogen-saturated atmospheres produced an olive-green haze.

In our solar system, atmospheric haze also plays an amazing role in the atmosphere of Saturn. One of the reasons that Jupiter is brighter in visible light is a small amount of particles in its haze. If you look at Saturn in infrared light, its atmosphere will be much more filled with particles, which is not noticeable in visible light – and this is because of the haze.

The James Webb Space Telescope, which will be launched in 2019, will be able to closely look at the atmosphere of exoplanets and will hunt for biosignatures – signs of life.