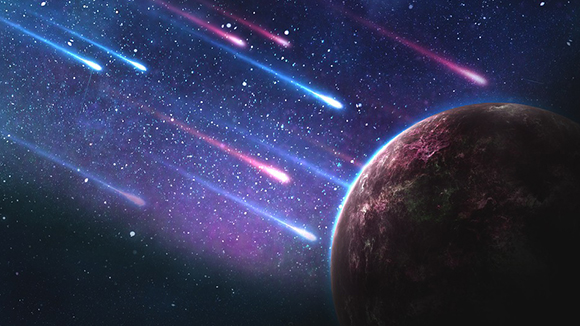 Russian scientists have provided evidence that rare meteorites, which for many years was called a Martian came to Earth not with the red planet. The sole basis for the chargeability of meteorites to Mars was similar to the isotopic composition of the gas that has been found in these meteorites — it is identical to the Martian. However, the results of new studies made of the chemists and astronomers to refute previously obtained evidence.

The results of the study to the author — Alexander Bagrov, a senior research fellow at the Institute of astronomy of RAS, doctor of physico-mathematical Sciences.

— Informed Martian meteorites studied by the geologists, geochemists, paleontologists, and other scientists, but not specialists in celestial mechanics, the scholar maintains. And only astronomical knowledge can answer some simple questions. The first thing I “touched” is the value of escape velocity for Mars. It is equal to 5 km/s. If the speed of the departure of the rock from Mars is smaller, it will simply fall back. Is it possible to “knock out” the strong impact of the stone with such speed? Only if in conflict with the laws of physics.

According to certain calculations to create the conditions for the release of material from the impact crater at the right speed, Mars will have to face at least a 400-meter body, moving faster than 10 km/s stone throwing after the impact will be on all sides, and for the probability of a fall of at least one of them to Land a single collision is not sufficient. Required minimum of a thousand such attacks, and then only 0.1% thrown in the desired direction of the fragments will gain enough speed.

Therefore, in order to the Ground flew at least one meteorite, Mars must have been about a billion strikes the right hand, explains the scientist. — Throughout the Solar system as asteroids that can become projectiles. And on Mars in its history they could not be more than 60 000, even under the most optimistic estimates. Clearly not enough even for the delivery of a meteorite! Can we seriously talk about the hundred?

The proof of it in the Martian origin of the meteorites based on the similarity of the isotopic composition of the gas, is refuted by the fact that their age is billions of years old, and the composition of gas bubbles in them same as in the atmosphere of today’s Mars. According to scientists, the atmosphere of the red planet for so many years, has thoroughly changed.

However, in this case a sphere unknown to astronomers only expanding. Now I have to look for the answer to a new question: where do these meteors and how to explain to them the traces of the Martian atmosphere?

— For two centuries, the debate continues about a hypothetical planet that could be between the orbits of Mars and Jupiter — says Alexander Bagrov. Personally, I have no doubt that some fragments of destroyed planet still fill the space and sometimes fall to the Ground. In fact, the composition of these meteorites could be explained by the properties of a long-destroyed celestial body. However, research in this area, much still remains.

Of the 65 thousand meteorites ever found on Earth, only 69 scientists refer to Martian. The age of the oldest meteorite from the 69 is 4.1 billion years, a period when the Solar system was very young. The “youngest” is preferable meteorite left Mars 300-500 million years ago.

— The interest in Martian meteorites is quite objective, — says the Director of the Observatory, Ryazan state University. S. A. Esenin candidate of technical Sciences Andrey mourtazov. — The study of the origin of such objects, the comparison of their composition with the composition of the earth minerals can shed light on the evolution of the Solar system, respectively, and Ground. Specific and acceptable to all of the evidence whether or not it the Martian meteorites, so far was not given. Now carried out to clarify their structure and age. In the long term — the study of the mineralogical composition of the surface of Mars. Similar work is underway in several laboratories around the world, including in Russia.