Scientists have shown how Phobos turned into a “death Star” 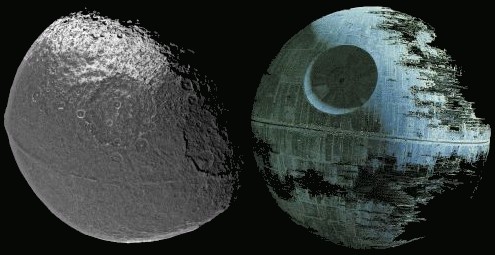 Scientists from Lawrence Livermore national laboratory Lawrence showed in the online video, which demonstrates how Phobos turned into a “death Star”.

Phobos is the largest and the closest moon of Mars was discovered by Asaph Hall in 1877. One of the main features of this mysterious celestial body is the Stickney crater with a diameter of 9 km.

Presumably, the crater was formed as a result of collision with an asteroid about a million years ago that almost destroyed the satellite.

In the video shown as an asteroid with a diameter of 250 meters at a speed of 6 km/h crashes into Phobos. As a result of the collision and formed the famous crater.

Physicists claim that the collision is proportional to a celestial body with Earth would have catastrophic consequences.

Phobos is located at a distance of 6 thousand km from Mars, but falls to the Red planet at a speed of 2 meters in 100 years.