Scientists have shown the appearance of aliens 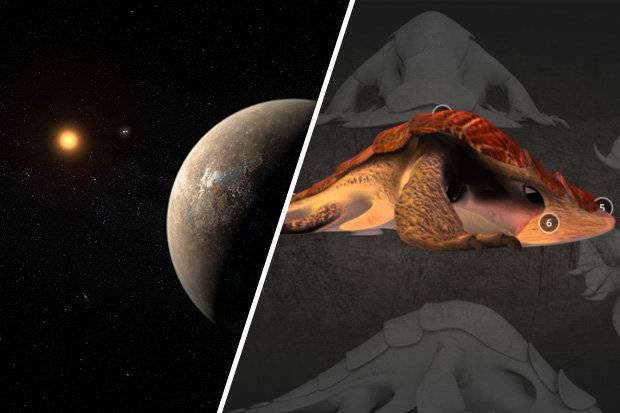 A group of Australian scientists together with artists have developed 3D models of creatures that can inhabit the planet in the star system of red dwarfs.

According to Dr. Graziella, Caparelli, the main problem for the existence of life on such planets is the small light coming from the fading stars. Despite this, the scientist is convinced that the planets capable of supporting life, which is able to survive and evolve.

Using the help of designers Steve Grice and Brian Chu from the company Sketchfab, scientist presented a 3D model of animals that can inhabit such planets.

Based on the notions of climatic conditions on planets in systems with red dwarf stars, scientists have suggested that aliens have strong front paws help them dig, translucent skin and shell. All these features of the body of the alien need to help him in survival on a planet with insufficient lighting, the surface of which is constantly raging sandstorm.

They also have a tail, and small fins which can move around in the reservoirs, located on the border of melting glaciers on the dark side of the planet.