Scientists have speculated about the origin of the cracks on Mars 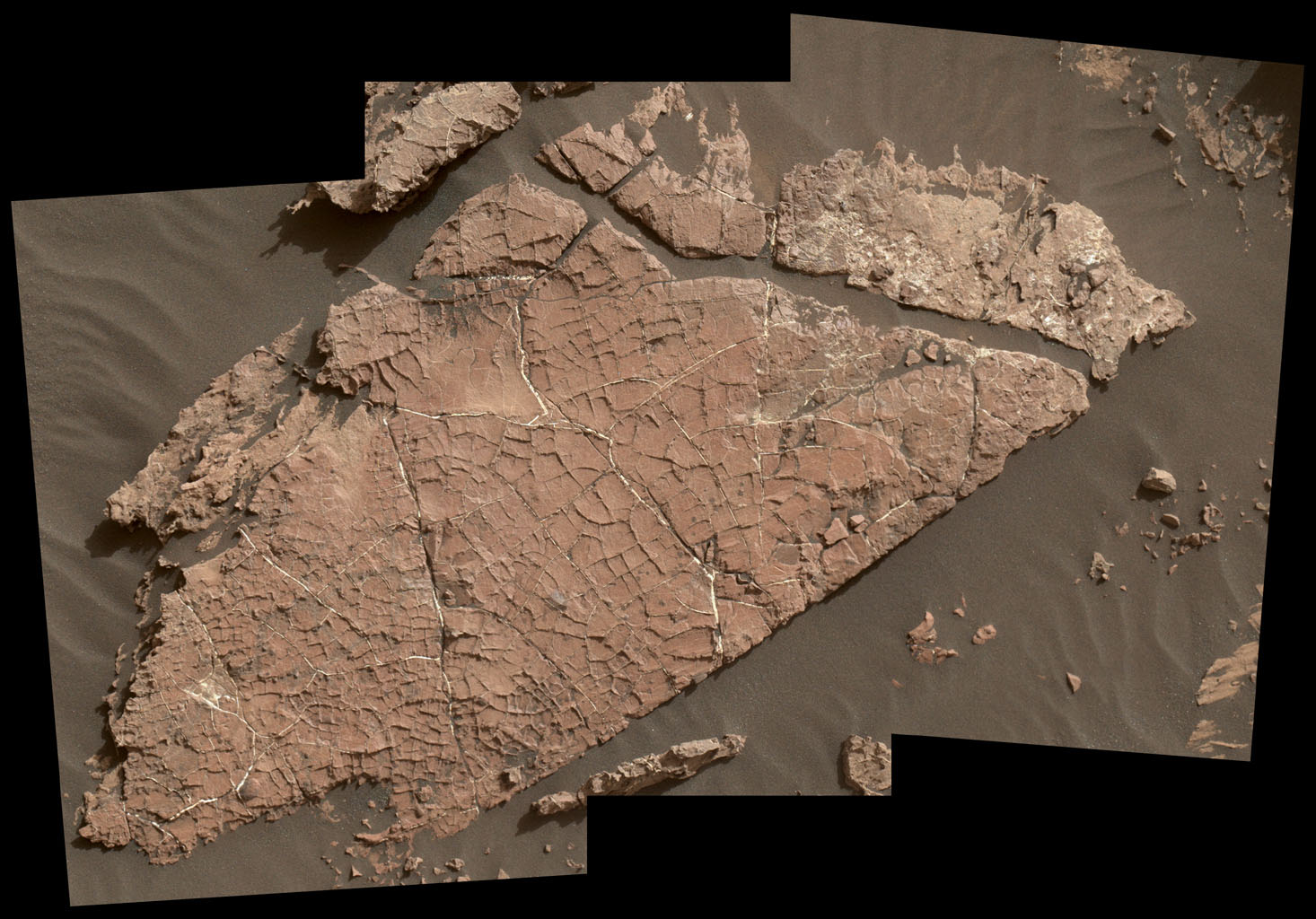 In the framework of its scientific mission on Mars, the Rover Curiosity continues. Currently, he is studying the network of cracks in the mountain plate, which was called the Old Soaker. Scientists suggest that this structure was formed 3 billion years ago. The image covers about 90 centimeters. It was made on the basis of three separate images taken by the MAHLI camera. This camera located on the robotic arm of the Rover.

According to scientists from the Jet propulsion Laboratory (NASA), cracks may have formed in the rocky plate as a result of desiccation of the Martian dirt.

Cracks in dried mud implies the fact that before the dirt was wet, so she was in wet conditions. This was reported by one of the researchers of Curiosity’s mission Nathan Packs.

“Even from a distance looking at the resulting picture, once you understand that these cracks are not the result of a collision, and drying out wet rocks. The same picture is often seen on dirt roads during the heat after the rain and the mud began to dry and crack,” added the researcher.