Scientists have studied the origin of the interstellar asteroid Oumuamua 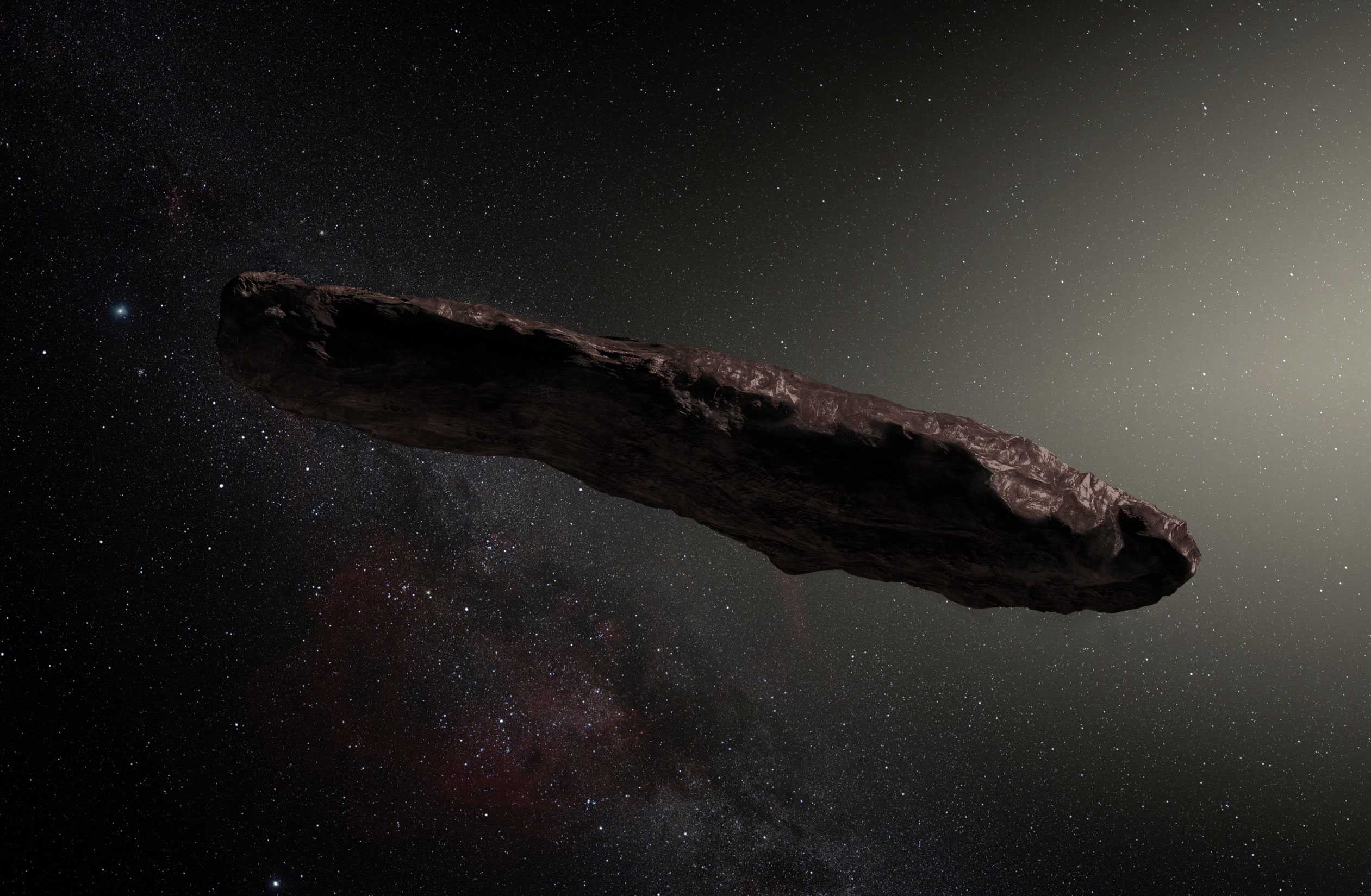 The first body, which flew to the Sun from another star, could form in a distant double system.

End of 2017 was marked for astronomers by unexpected success. It was found that the object seen in the inner regions of the solar system, which first attracted attention with its strange trajectory and high speed, flew to us from the system of another star. And although the object 1I / Oumuamua had retired earlier than the chance to study its physical characteristics, it became the first interstellar object fixed in the solar system. However, there are still chances: according to current estimates, we are visited by thousands of such bodies every year.

Alan Jackson and his colleagues from the University of Scarborough (Toronto), whose article is published in Monthly Notices of the Royal Astronomical Society, are interested in their origin. Scientists note that in planetary systems like Solar, a random game of gravity is also capable of throwing small bodies into interstellar space. However, comets will dominate them: in comparison with asteroids, they are weakerly attracted to the star and have less stable orbits. On the other hand, the spectrum of Oumuamua indicated that it is a stony asteroid, and it did not appear any characteristic signs of comets during the flight in the vicinity of the Sun.

Scientists suggest that in the general pool of such small interstellar Wanderers of the Galaxy should dominate the body, discarded not by mature systems, but by young ones – the early objects of gas-dust clouds, the results of collisions of embryos of planets. And if we are talking about a close binary star system with its changeable gravitational fields, then it throws out rocky bodies in an amount comparable to ice comets. From such a system, consider Jackson and his co-authors, most likely, Oumuamua flew to us.