Scientists have suggested that the asteroid Oumuamua sent aliens 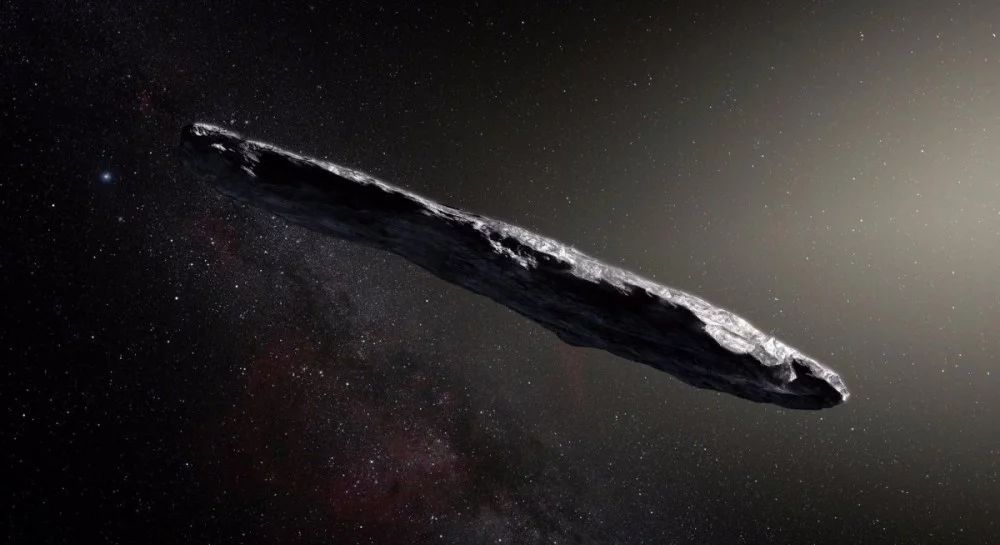 Scientists at Harvard University have suggested that the mysterious cigar-shaped object that visited our solar system last year may be an alien spacecraft sent to explore the Earth. The object, called Oumuamua, which means “messenger from the distant past” in Hawaiian, was first discovered by the Hawaiian telescope Pan-STARRS 1 in October 2017.

Since its discovery, scientists around the world have tried to explain its unusual characteristics and nature, first calling it a comet, and then an asteroid. But two researchers who did not agree with these findings, published their assumption about the nature of Oumuamua.

In an article published in the Astrophysical Journal Letters, two astrophysicists and Harvard University make the assumption that the Oumuamua object, moving at a speed of more than 315,000 kilometers per hour, can be a solar sailboat or even an alien probe sent to Earth.

“Oumuamua may be a full-fledged probe, intentionally sent to Earth by an alien civilization,” the researchers write.

The scientists’ assumption is based on observations that showed that the object has “additional acceleration”, the exact source of which has not yet been established. Initially, Oumuamua was considered a comet. However, such a classification of the object was quickly refused, because no coma was observed around the object (the gas envelope of ice evaporating under the influence of sunlight, characteristic of comets). As a result, it was reclassified into an asteroid.

“Given the possibility of artificial origin, Oumuamua may be a light sailing ship drifting in interstellar space as the remains of advanced technological equipment.”

Authors of astronomy at Harvard University Abraham Loeb and a doctoral student and Shmul Byaly from the Harvard-Smithsonian Center for Astrophysics are authors of the work, which offers an explanation of the nature of the mysterious object bordering on fiction. Scientists point out that mankind already has the technology of light sails. The same technologies can have alien civilizations.

“Light sails with similar sizes were designed and assembled by our own civilization, including the IKAROS project (Japanese spacecraft) and the Starshot project (research and engineering project to develop the concept of a fleet of interstellar spacecraft using a light sail). Light sail technology can be actively used to transport goods between planets or stars. ”

The high speed of the object, as well as its trajectory, prompted researchers to assume that it is broken or in an inactive state.

“This would explain the various anomalies of Oumuamua, for example, its unusual geometry, the parameters of which were derived from data on its light curve, low thermal emission, which indicates a high reflex ability, as well as a deviation from the Keplerian orbit for no apparent reason – the object has no comet tail, as well as the necessary torque. ”

According to another hypothesis put forward by Loeb, other objects similar to Oumuamua will also penetrate into the solar system, some of which can carry life.

“The likelihood of galactic panspermia is highly dependent on the life expectancy of suspected organisms, as well as on the speed of the carrier,” he noted in an article published jointly with another researcher, Manasvi Lingam, in The Astronomical Journal.