Scientists have told what “smells” Uranus 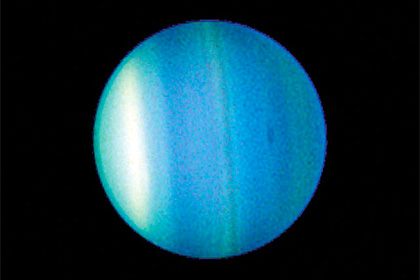 Mark Hofstadter, a researcher at the NASA Jet Propulsion Laboratory, told Gizmodo about the atmosphere of Uranus. In his opinion, the gases present on the giant planet give the local air a fragrance of rotten eggs and urine.

The scientist believes that, although the gas shell of Uranus is too cold and poisonous, so that a person, who has fallen into the atmosphere of the planet, could directly feel its smell, air samples could be collected by automatic devices. In this case, various compounds will be present in the samples. The composition of the samples depends on the layers from which they were taken. So, in the upper ones there are hydrogen, helium and methane, and in the lower ones – hydrogen sulphide, ammonia, methane and carbon dioxide.

At the same time, the concentration of ammonia is rather small and reaches one hundred parts per billion, however, according to Hofstadter, this gas can condense and form a cat-scented cloud. Similar clusters probably also forms hydrogen sulphide, which gives the atmosphere the flavor of rotten eggs.

In the gas shells of other giant planets – Jupiter, Saturn and Neptune – there are also odorless compounds, but their concentration is lower.