Scientists have unraveled the secret of lightning on Jupiter 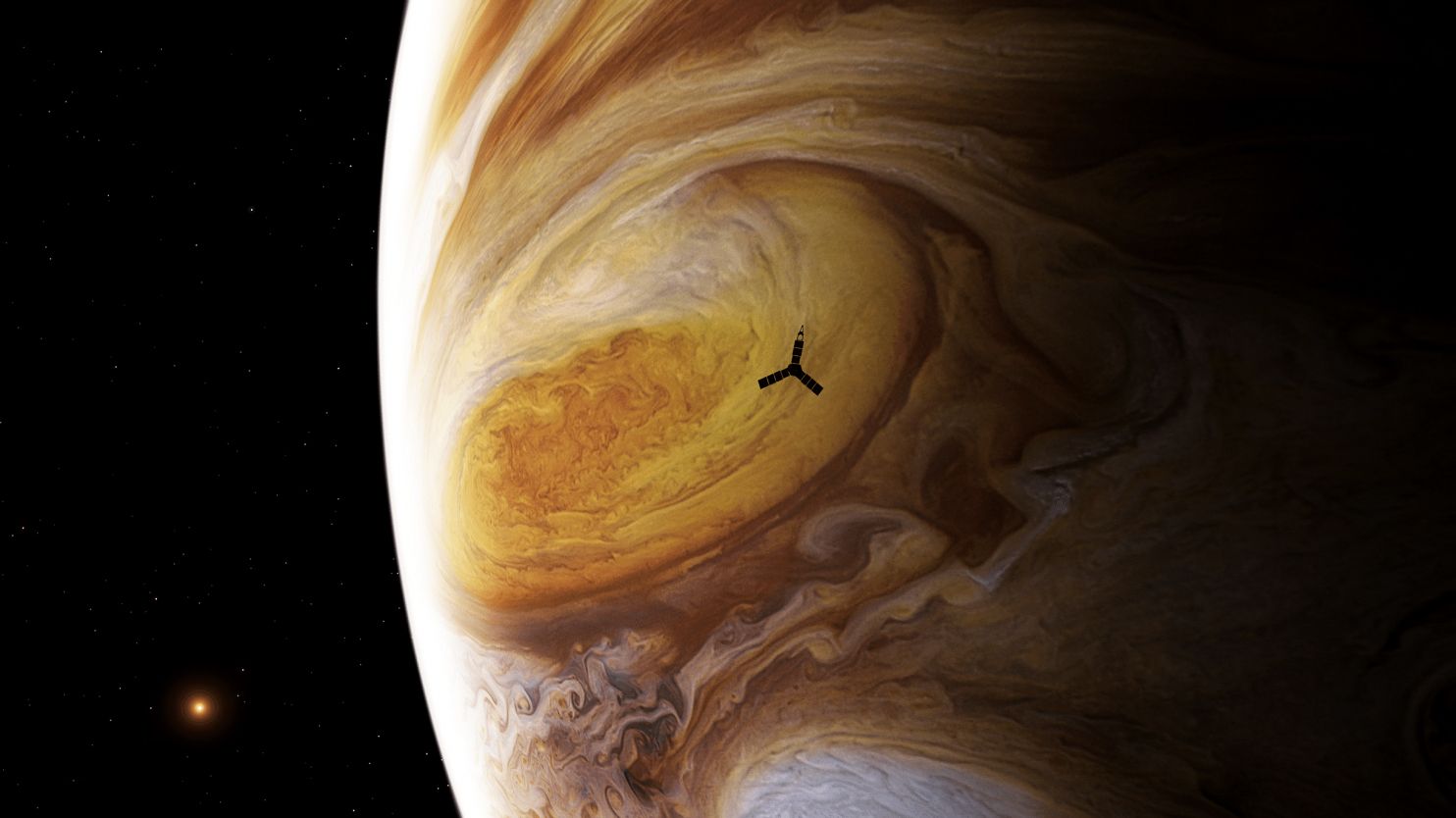 While most of the lightning on Earth is sparkling around the equator, the gas giant produces them at the poles. The scientists proposed an explanation.

The atmosphere of Jupiter is permeated with storms, so there is nothing surprising in that there are constantly flashes. This hypothesis was confirmed in 1979, when the Voyager-1 probe passed by the planet. New data on lightning was collected by Juno, whose NASA program was extended for several more years.

“It does not matter on which planet you are on, lightning always behaves like a radio transmitter: they send radio waves. However, prior to Juno, all recorded signals were limited to either images or a range of radio frequencies in kilohertz. There were many theories explaining this phenomenon, but none of them approached the truth. ”

“Juno has a microwave radiometer capable of detecting radio emission over a wide range of frequencies. Thanks to him during the first eight flights the probe revealed 377 flares. He recorded them in the megahertz and gigahertz bands, which is typical for the Earth. We believe this was due to the fact that Juno flew to the lightning like never before. In addition, we were looking for a frequency that easily passes through the ionosphere of Jupiter. ”

Map of lightning detected by Juno and other probes / Nature Astronomy

However, the giant has another amazing feature. His lightning flashes at the poles, and not at the equator, which is typical of the Earth. The reason for this phenomenon, according to experts, boils down to the following. On our planet, the equator is the warmest place. Due to convection, warm and humid air rises, forming a thunderstorm.

Jupiter is located from the star at a distance five times greater than the distance between the Earth and the Sun. Although the equator of the giant, as on Earth, is the warmest part, – radiation reaches 25 times less. This amount is enough to balance the heat emanating from the bowels of the planet. At the poles, this effect is absent, so hot gases rise to the upper part of the atmosphere, which causes storms.

Scientists point out that there are more lightning at the North Pole than in the South, and they still have to find an explanation for this.