Scientists have warned of an approaching magnetic storm 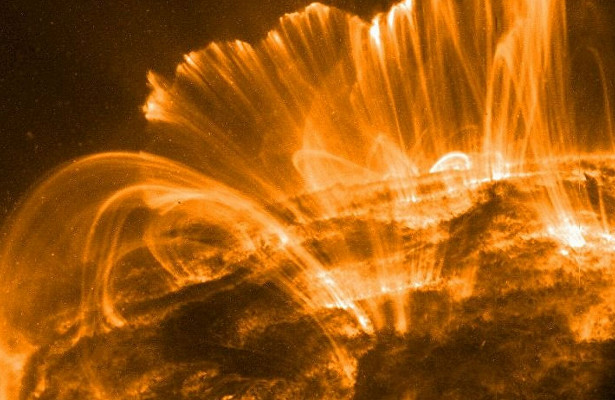 Spring for Russians will begin with a magnetic storm. The solar wind will hit the Earth on March 1st. The Russian Laboratory of X-ray Astronomy of the Sun (FIAN) reports on the impending disturbance in the magnetosphere. It is noted that the storm will not be strong.

“On March 1, a G1 (weak) magnetic storm is expected. The level of magnetic disturbance Kp = 5, ”the website says.

Geomagnetic storm of the Kr = 5 type is an ordinary event in astronomy. It is not dangerous to humans. This was stated by Georgy Goncharov, a leading researcher at the Main (Pulkovo) Astronomical Observatory of the Russian Academy of Sciences.

“If the level of magnetic disturbance Kp = 8 or 9 is a cause for concern. Now there is a minimum of solar activity, so there will be no such strong magnetic storms for another five years, ”Goncharov said.

Scientists still do not have a consensus on how magnetic storms affect human health. Some believe that this influence is minimal, and is largely due to mental characteristics and self-hypnosis: often a meteorological person feels bad. only if he was told about the storm in advance.

Storms are directly related to solar activity. They are caused by the disturbed streams of the solar wind and their interaction with the magnetosphere.