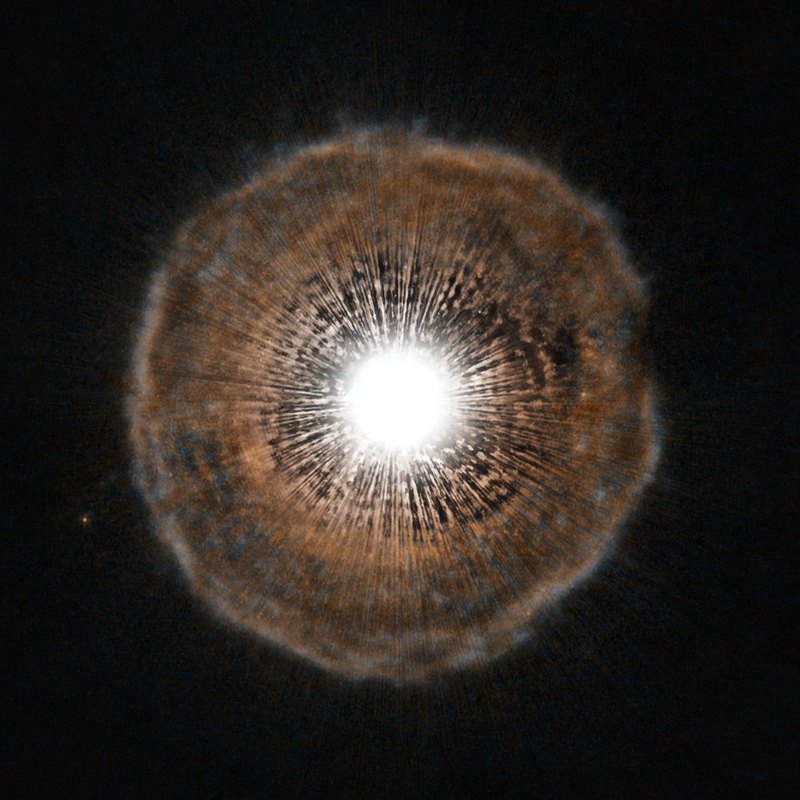 Astronomers made observations of the red giant, located about 3,000 light-years away in the constellation Ursa Minor. Soon he, according to astronomers, will turn into a white dwarf.

The star – the red giant in question – is called T Ursae Minoris (T UMi). It is about 1.2 billion years old – this is only about a quarter of the age of our Sun; so quickly it burned down because it initially had a mass twice the solar one.

Now astronomers are watching T Ursae Minoris moving into the next phase of their life cycle. After the star spent all its fuel reserves (several million years ago), it became an alternating red giant – and began to change its size, brightness and temperature during pulsations (they are caused by thermonuclear fusion deep inside the star). As astronomers note, the pulsations of stars like T UMi enrich the Universe with such elements as carbon, nitrogen and lead.

Now, apparently, the period of pulsation of the star is coming to an end. Observations of the past 30 years show that the star is diminishing, tarnishing and cooling down. Soon, as scientists believe, the red giant will drop the outer layers and leave behind a white dwarf.

The work on the new study was published in the Astrophysical Journal. Briefly about the results reports portal New Atlas.