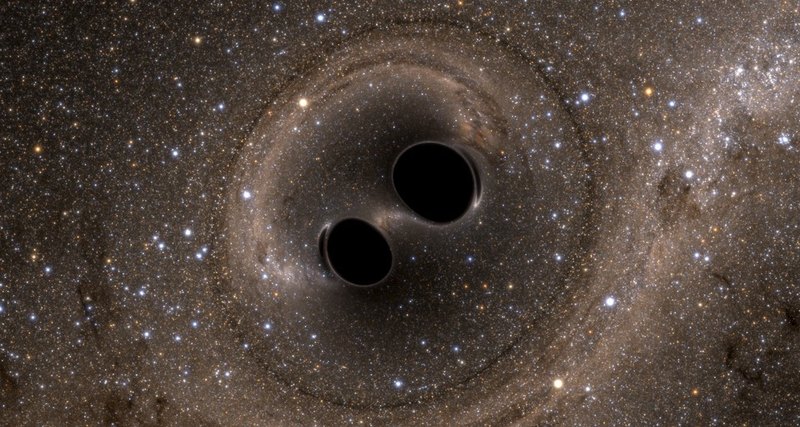 This week, scientists announced that they had once again registered gravity waves, the “ripples of space-time”, caused by the merger of two black holes that are 1.8 billion light-years from us. New gravitational waves were recorded on August 14. This is reported in an article accepted for publication in the journal Physical Review Letters. Briefly about the new detection is told in the press release of LIGO.

Previously, there were rumors that detectors registered gravitational waves from a collision between a neutron star and a black hole or between two neutron stars. However, the rumors were not confirmed, and as it turned out, the source of new gravitational waves was, as in the previous cases, the collision of two black holes: one – 31 times the mass of the Sun, the other – a mass 25 times greater than the solar one. Faced, they formed a black hole with a mass of 53 times the solar.

This time the gravitational waves were detected by the detectors LIGO and Virgo. The latter joined LIGO this summer; it is located near the Italian city of Pisa in the European Gravitational Observatory (EGO). In the three previous cases, gravitational waves were recorded by the LIGO observatory, whose detectors are in Louisiana and Washington (USA). Although Virgo is less sensitive, working together, the LIGO and Virgo detectors are able to better track the source of gravity waves.

Astronomers will continue to improve detectors until the fall of 2018, when a new phase of observations will begin.