Scientists investigate an atmospheric whirlwind over the North Pole of Saturn 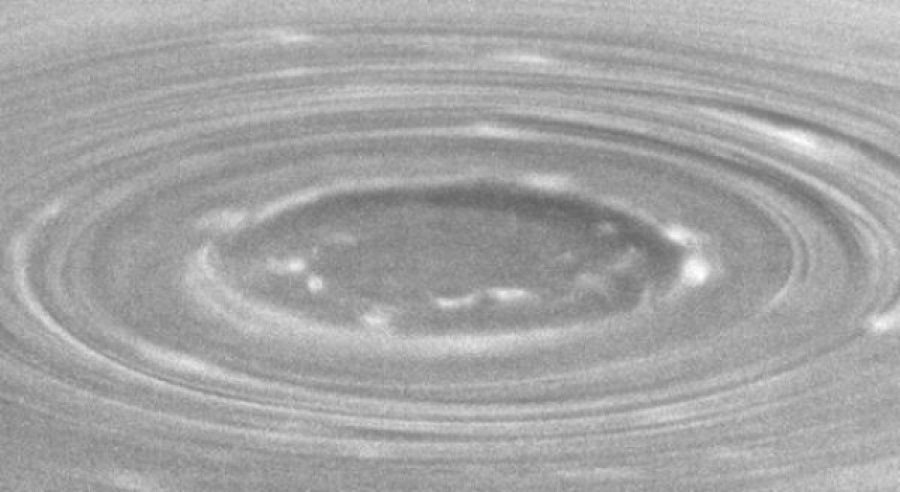 In a new research the atmospheric whirlwind over the North Pole of Saturn on the basis of the pictures made the spacecraft of NASA of Cassini in 2012 is studied and also comparison with the similar whirlwind observed at the South Pole of the huge planet in 2007 is carried out it. This analysis allowed researchers to reveal the bright cloud observed over the South Pole of Saturn in 2007 and to predict emergence of a similar cloud over the North Pole of the planet in the period of the following equinox.

In the work group of astronomers led by Kunio M. Sayanagi (Kunio M. Sayanagi) from the Hampton university, the USA, conducted a research of vicinities of the North Pole of Saturn on the basis of material of the pictures of high-res made at the end of 2012 by means of the Imaging Science Subsystem (ISS) camera of the probe “Cassini”. Pictures showed existence of a potent cyclonic whirlwind with the center in the North Pole of the planet. The analysis of the pictures made with use of red and green light filters showed existence spiralno of the twisting cloud with a radius about 4700 kilometers and reminding a terrestrial tropical cyclone on morphology.

Besides, researchers carried out comparison of this northern polar whirlwind with a whirlwind, storming at the South Pole of Saturn in 2007. This southern whirlwind differed in the fact that had more homogeneous structure and in it there were no significant amounts of clouds of the small sizes, the characteristic of structure of a northern whirlwind. The equinox on Saturn happened in 2009, and these observed distinctions in morphology of two atmospheric whirlwinds it is necessary to charge to change of seasons on the planet, Sayanagi and his colleagues note. So, in particular, near the South Pole of Saturn in 2007 the bright education similar to a cloud, and according to authors of a research a similar cloud, bright in short lengths of waves was observed via the violet light filter (400 nanometers), will be soon observed at the North Pole planets where now there is a summer.