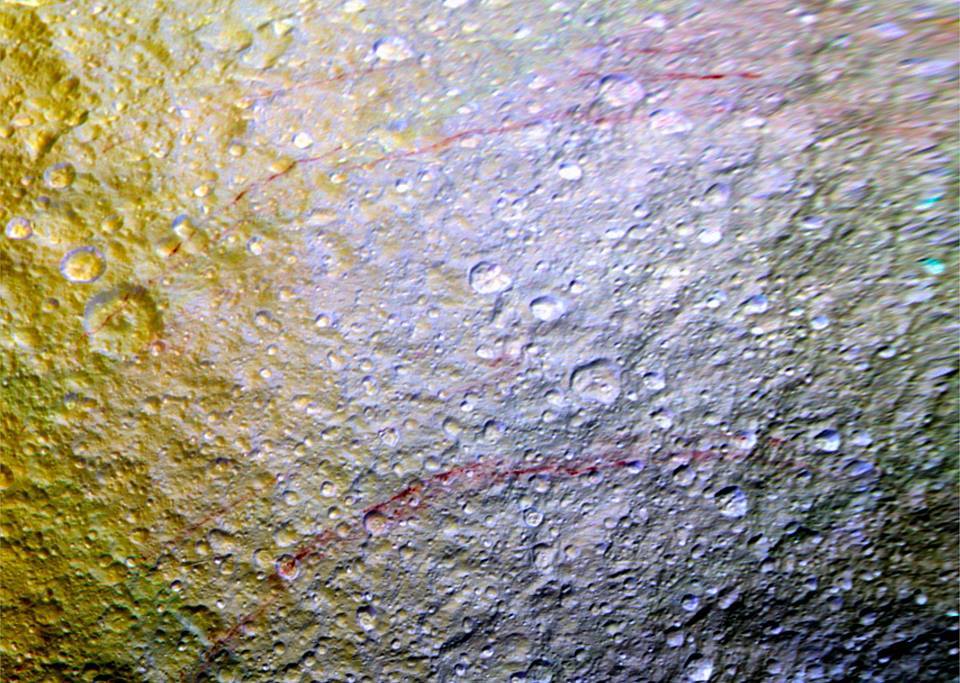 The spaceship of Cassini (NASA) is in an orbit around Saturn more than a decade. During this time it provided a huge number of data on Saturn and its satellites. And it continues to do it, permanently supplying scientists with new scientific data on this gas giant and its moon.

Pictures of one of natural satellites of Saturn, namely Tefiya which were taken in April of this year showed bright red arcs on the surface of this satellite. These bands are quite narrow, only several kilometers width, however their length in some places reaches several hundred kilometers. Scientists read these arcs today the strange color features which were photographed by cameras of the spacecraft of Cassini.

At the moment scientific missions of Cassini advance and consider different versions of an origin of these surprising red bands on the ice moon of Saturn.