Scientists made the first map of dust storms on Mars 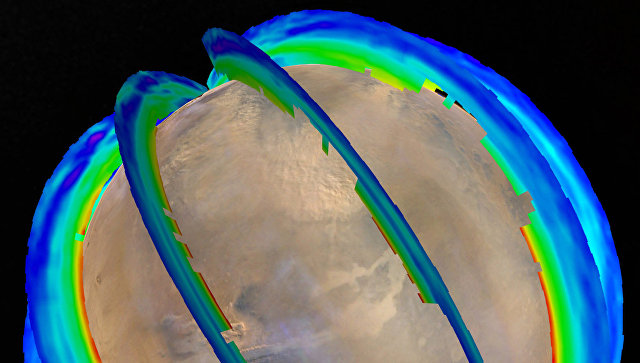 The probe Mars reconnaissance Orbiter have helped scientists to get the first in the history of astronomy map of dust storms on the surface of another planet, having tracked how and where to move the Martian wind in different seasons of the year, according to NASA.

“When we started to monitor the temperature structure of the storms on Mars, but not for dust particles in them, we began to see patterns, orchestrated their work. Their discovery and the understanding of what controls the birth of storms on Mars, brings us closer to discovering the secrets of its atmosphere,” said David Cass (David Kass) from the jet propulsion Laboratory of NASA in Pasadena (USA).

Cass and his colleagues for over six years watching the dust storms on Mars using instruments on the probes in his orbit, including apparatus MRO, capable to observe the movement of dust particles and fluctuations of the temperatures inside these storms.

How to tell the scientists, NASA began to follow the storms on Mars since 1997, when it arrived the red planet the Mars Global Surveyor probe, however, these observations are unable to reveal the reasons why dust storms are born on the surface and what periodic processes in the atmosphere govern their behavior.

The authors were able to find the key to the puzzle dust storms on Mars, analyzing data from two instruments – the instrument MCS that is installed on the MRO probe, and spectrometer TES aboard Mars Global Surveyor. The first tool helped scientists to monitor the behavior of dust particles, and the second to measure their temperature and the ambient temperature. 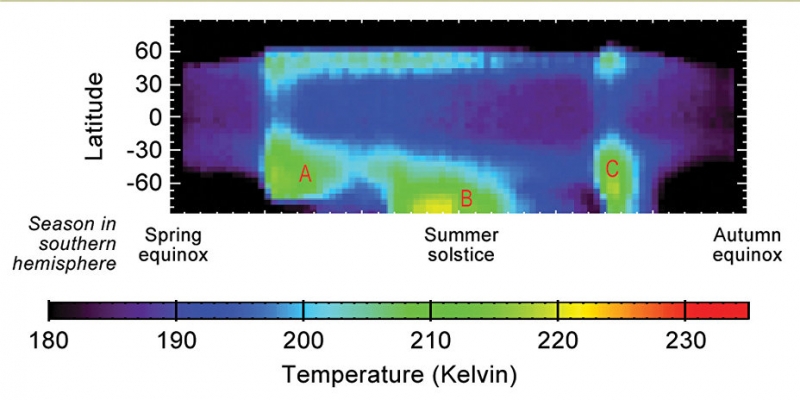 As the scientists explain, the Sun’s rays falling on Mars, very strongly heat the dust in its atmosphere, causing the cold air of the red planet in those areas where dust storm starts, it can heat up to 35 degrees Celsius or more compared to surrounding areas. It noticeably changes the way moving of the wind and how the whole atmosphere in General.

Having studied this process, Cass and his colleagues found that Mars every year, there are three large dust storms, the extent of which and the time of occurrence of which can be predicted on the air temperatures and the behavior of dust particles. For example, a major storm “And” occurs to the North pole in the fall and gradually moving to the southern hemisphere of Mars, where it is enhanced due to the higher air temperatures. Two other storms, “b” and “C” occur in the South and the North during summer in the southern hemisphere.

Scientists from NASA believe that they have received cards of storms and patterns in their development will be invaluable in landing the first humans on Mars and build colonies on its territory. According to them, they can help us to predict such storms and to prepare for the problems that they carry with them, long before their formation.