Scientists plan on monitoring the black hole of the milky Way 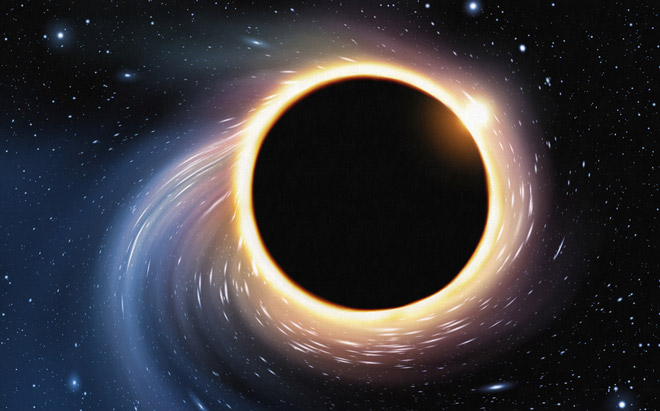 Located in the centre of the milky Way galaxy black hole will soon become the object of close observation: April 5, 2017, will run the project Event Horizon Telescope. This mission is a cooperative effort of eight radio telescopes that will form a huge interferometer with a resolution that could give the telescope the same size as our planet. The interferometer will have to fix the flow of gas around the black hole and estimate the size of the event horizon of the object.

The observation will last from 5 to 14 April, and the data processing will take about a year.

The project will also consider the region around a black hole at the center of galaxy M87.

Black holes — small but super-dense objects whose gravity is so great that even photons once over the horizon of a black hole, unable to escape back. Due to the fact that absorbing any radiation of a cosmic body invisible, supervision is indirect. At the same time you can record the movement and the structure of matter around black holes. (And more recently, gravitational waves emitted by black holes).

Black hole at the center of our galaxy is called Sagittarius a*, its mass equal to the mass of four million stars with the mass of the Sun, and the size is small (the radius is two times less than mercury’s orbit).