Scientists predict a catastrophic outbreak for the Earth on the Sun 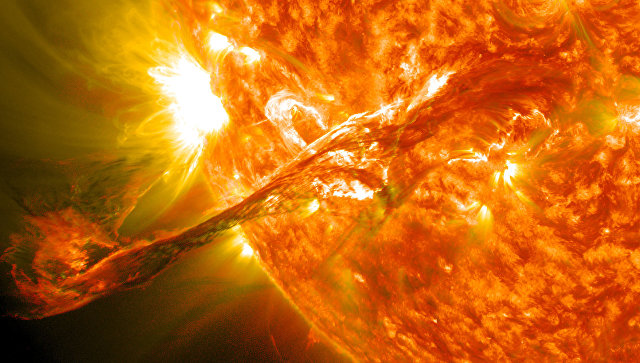 In the next hundred years – before the end of the XXI century – the Sun is likely to have a powerful flash that will lead to disruption of the power system around the world, damage to satellites and disconnection of the Internet.

As a result of the superflare, orbiting satellites will fail, the passengers of the aircraft will receive high doses of radiation, and the work of power systems and cooling systems at nuclear power plants will be disrupted. The resulting technogenic accidents can also lead to human casualties.

This conclusion was made by American specialists at Harvard University. Scientists have analyzed the data on the solar flares that occurred. They estimated the probability of occurrence of superflares, including those that increase the brightness of the Sun by 30 percent and are able to “blow off” the ozone layer on Earth.

It is believed that during these events an energy of about 1036 ergs is released, which is several orders of magnitude higher than the usual luminosity of the Sun (1033 ergs per second).

Some stars of the solar type recorded even more powerful flares by astronomers, up to 1038 erg. However, such outbreaks occur about once every 20 million years.

According to the conclusion of the researchers, less frequent superflares occur. So, the solar “superstorm” of 1859 led to a geomagnetic storm, known as the Carrington Event.

It caused the failure of the telegraph network in Europe and the US, as well as bright auroras in low latitudes.

It is highly probable that such an outbreak will occur before the end of the 21st century, as a result of which orbital satellites will fail, the passengers of aircraft will receive high doses of radiation, as well as disrupt the operation of power systems and cooling systems at nuclear power plants.