Scientists predict a fall to Earth a giant asteroid 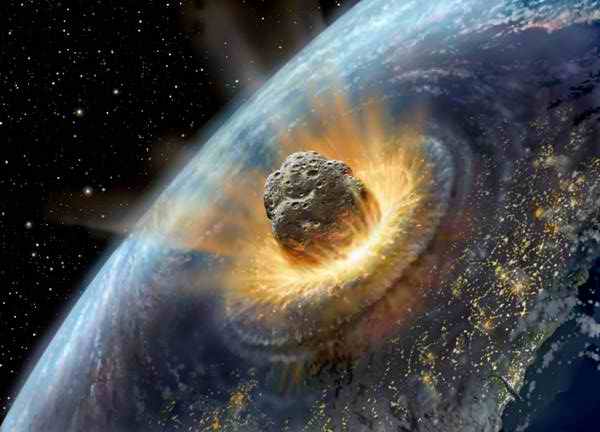 In the Center of planetary protection is recommended to prepare for the inevitable fall to Earth of large celestial bodies. Experts call as soon as possible to develop and implement protection against such threats.

Eventually mankind will witness the collision of Earth with a giant asteroid or comet, we need a measure of protection against such disasters, said General Director of the Center for planetary defense (planetary defence centre), Anatoly Zaitsev.

Last year, the Terrans are pretty lucky because there was a collision with a 600-meter asteroid Halloween, which was discovered just 20 days before closest approach to the Earth on October 31, when some are celebrating the same name day. If he collided with the Ground, the impact energy would correspond to the explosion equivalent to 50 thousand megatons of TNT. It would be a global catastrophe, – he told on Tuesday in Moscow at conference on aerospace.

In the attacks on Hiroshima and Nagasaki used nuclear ammunition capacity of 20 kilotons. Unfortunately, – said the expert – and such a disaster could happen at any moment. According to him, for the previous 20 years in the Earth’s atmosphere, included 556 of rubble size from a fraction to tens of meters. Fortunately, due to the relatively small size of these objects did not represent special danger, – said Zaitsev.

According to him, the fall to Earth of the heavenly bodies is an ordinary natural phenomenon, and it would be unpardonable carelessness not to take protective measures against such disasters. Moreover, the asteroid-comet danger is, perhaps, the only natural hazards that can pre-detect and prevent, – said Zaitsev.

As a possible variant of the construction of the international planetary defence system project the centre offers a Citadel which should include two-tier – short-term and long-term response and two supporting services – forecasting and regional protection. All of these subsystems can be created based on existing technologies, – said the speaker.