Scientists said when they saw the Sun and first planet 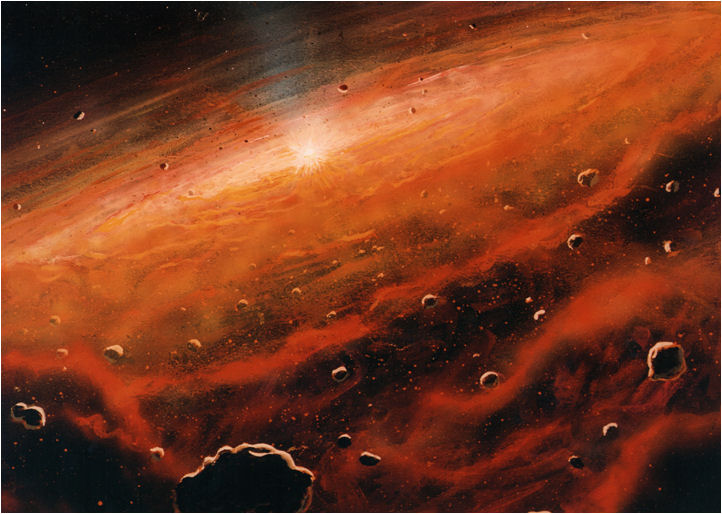 Measuring remanence of meteorites, formed long before the birth of the Earth, scientists were able to understand when it is from the disk of gas and dust the Sun came out and the first planet.

Researchers from mit and their colleagues from the National Observatory in Brookhaven and the national Museum of Rio de Janeiro said the chronology of the Solar system. We now know that the solar nebula dissipated in the first 4 million years of the existence of a huge disk, the compression of which gave rise to the Sun and the giant planets. Previous estimates were in the range of from 1 to 10 million years.

Measuring remanence of the samples angrite — a mineral derived from ancient meteorites, whose age was previously determined by using isotopic analysis of uranium, scientists have discovered that magnetization of samples formed about 4 million years ago, and more “young” in minerals age of 2 — 3 million years there is a difference in magnetization at the several orders of magnitude. This may mean that at the time of formation of these ancient stones, the magnetic field has changed by several orders of magnitude is an event associated with the formation of the Sun and the dispersal of the remnants of the solar nebula matter in other parts of the future of the Solar system.

New data suggests that Saturn and Jupiter are not only formed, but also took their orbit for about 4 million years ago.

The solar nebula, according to nebular theory of the formation of the Solar system formed from a giant cloud of gas and dust. Most of the matter of the nebula formed the Sun and its remnants — planets and other celestial bodies of our planetary system.