Scientists were surprised by showers on Titan 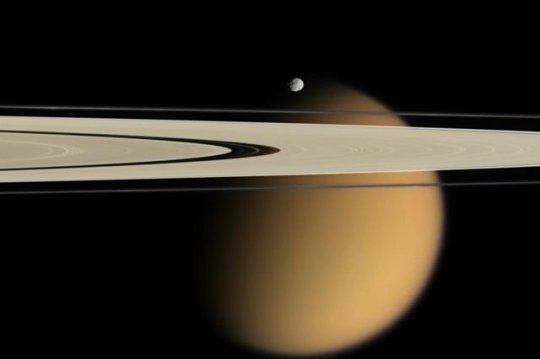 The largest satellite of Saturn, that is, Titan, has more than 60 satellites. Thanks to the Cassini spacecraft, which in September of this year completely ceased to exist, a team of scientists from the University of California from Los Angeles found that Titan has intense downpours. These showers are created by storms, which, it turned out, are much more frequent than scientists previously thought. Previously it was believed that powerful storms on Titan are possible only a couple of times in a millennium. However, now scientists are reviewing the intensity and frequency of this phenomenon. They are sure that such storms occur on Titan once a year, and this is 29 and a half years on Earth.

“Initially, we were sure that such events on the largest satellite of Saturn are so rare that they are only 1-2 times a millennium, but we were seriously mistaken about this,” said the professor at the University of California at Los Angeles and the lead author of the study, which was published on October 9 in the scientific journal Nature Geoscience.

Storms create major floods on Titan, whose surface without these floods would be quite desolate. The surface of Titan is strikingly similar to the Earth with calm rivers that flow into large lakes and seas. There is only one difference: instead of water on Titan methane flows and ethane – gases in a liquid state.